Inspired by my local BART station, this model provides for the public transit needs of the Micropolis population. It’s been the centerpiece of any of my Micropolis displays for a few years, and I’m finally getting around to posting here. 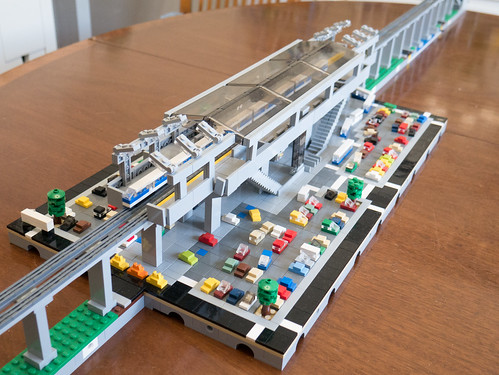 I live in El Cerrito, California and this station is loosely based on the design of the BART station near my house, El Cerrito Del Norte. I’ve taken some liberties with the design but the overall layout is similar. These photos will show you the model or you can click on any of the photos to get to the Flickr album.

There is ample parking for commuters on both sides of the elevated platform. 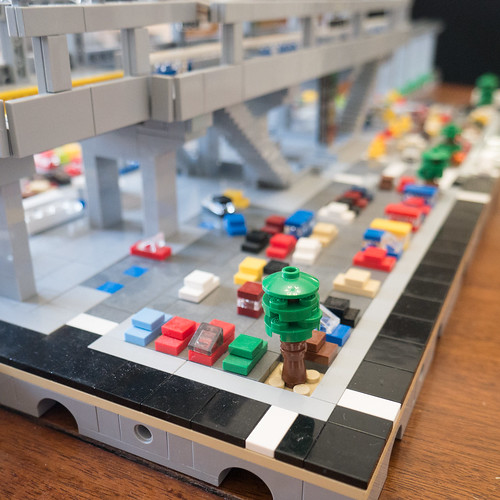 The closest parking spaces are reserved for the disabled. Note the blue 1×1 tile and the wider spacing between cars. 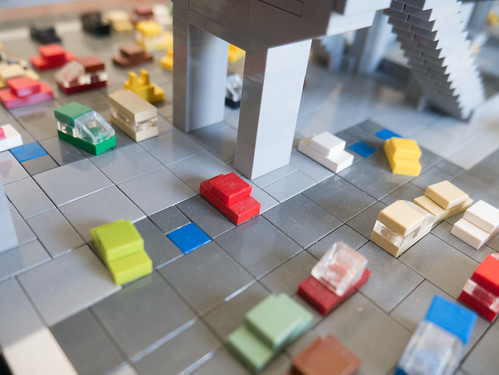 Commuters have their choice of buses, including a minibus shuttle, in a dedicated bus lane. 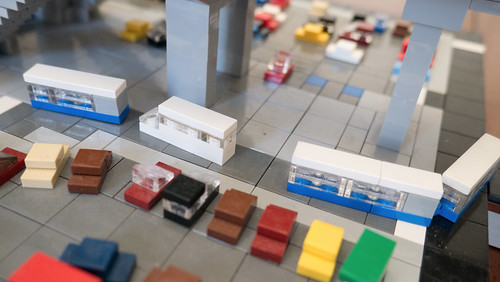 Inside the station, we have a ticket vending machine and elevators going up to the platforms, and the fare gates leading in from both sides. 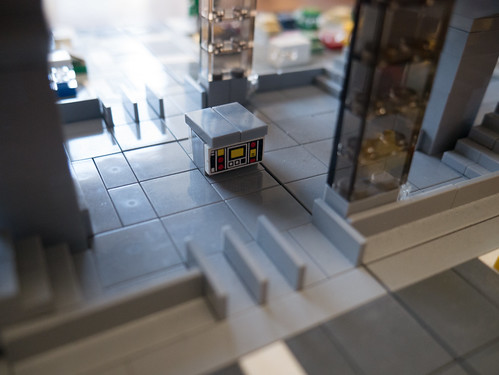 The escalators are modeled by 1×2 jumper plates, as are the taxicabs (with the addition of a clip on the roof to represent their signs). 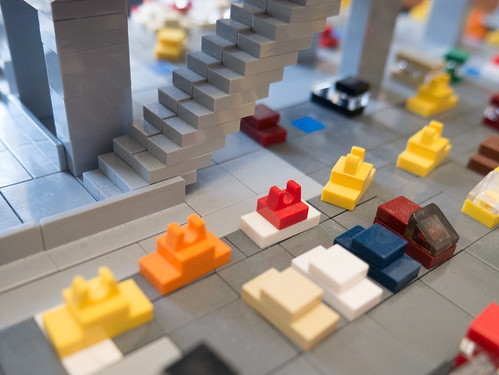 The elevated tracks extend outward in each direction. This model “breaks” the Micropolis grid, inserting a 4-stud wide trackway in between modules. So I built a bunch of track modules, enough to span the entire width or length of any layout I participate in. See my Bricks by the Bay layout to view it all in context. 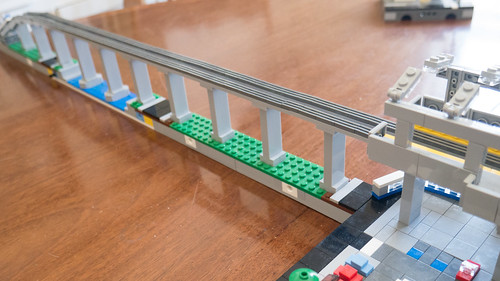 Here is a closeup of one of the track modules. They connect to each other by a Technic pin on the base and a pair of 1×2 grille tiles on the track. Building all the track for this station depleted all the 1×8 grey plates that I had at the time (I’ve since restocked). 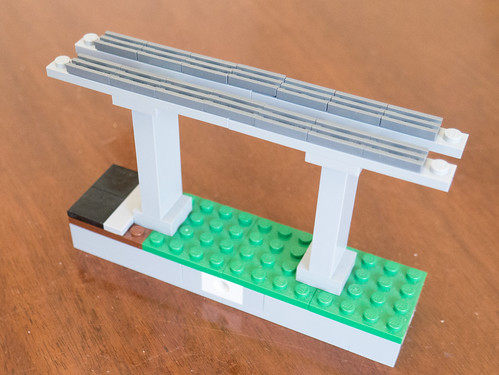 I also built a special elevated track module for the Micropolis Canal. The light blue 1×2 Technic bricks line up with the Canal modules’ connectors, which are another non standard Micropolis variation. 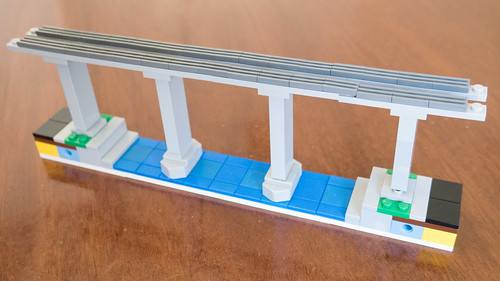 At one end, the train tracks go underground. I have a train emerging from the tunnel on that module. This is generally placed at the edge of the layout, since I don’t have any 4-stud-wide modules without track to represent the underground portion. 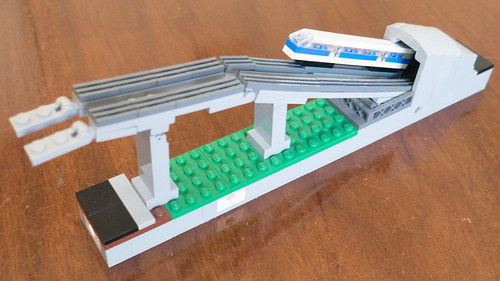 Here’s an overview of the station itself. Note that I have added the arches for Micropolis 2 (Zonker’s extension for allowing space for the wiring between electrified Micropolis modules), but I didn’t add them to the trackways for some reason… however if needed I can just remove a couple of the bricks on the undersides of the bases to make room for wires. 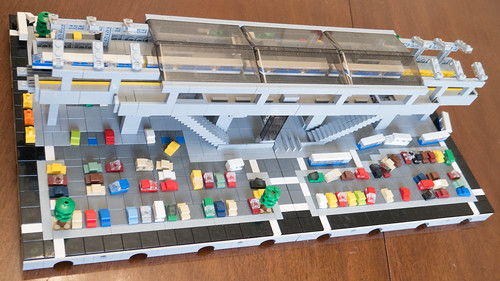 For more pictures you can view almost any of the photos from conventions or shows that I’ve gone to, since I usually set up some Micropolis modules. It also won the “Size Matters: Building” trophy at BrickCon 2013 in Seattle (was it really 7 years ago that I built this??? sorry to take so long to post it here!). The photo on the right shows it as part of the Micropolis display there.

You might have noticed, though, that it’s WAY too high for the Micropolis scale. There’s a 5-brick-high pillar underneath the track, and that would make those pillars be about 45 feet tall! They’re less than half that in real life, and I’m finally doing something about it. My next post about this model will feature a lowered track, as well as Micropolis 2 compatible track modules. Watch for that coming soon.