I’ve built some new Micropolis modules, running a canal through the city. It’s not an original idea, but rather one that I borrowed from photos I saw online, and decided to make my own versions of. 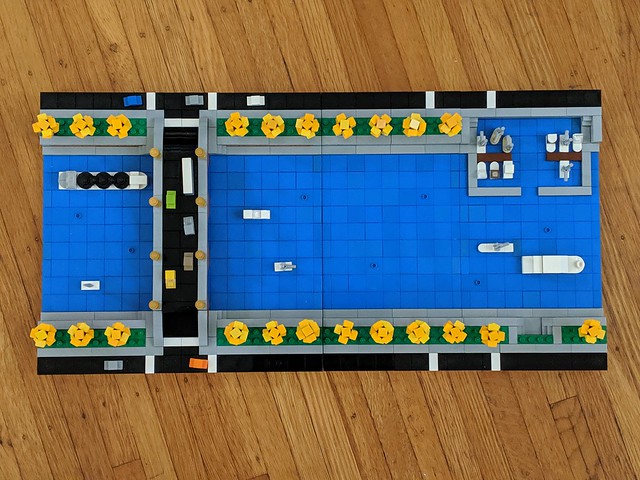 A while ago I was browsing Instagram and came across photos from @brick_root (Christian Benito, of Portland Oregon, whose blog is Little Brick Root) of some Micropolis canal modules he had designed and built, which I thought were lovely. I’d been intending to build some new Micropolis modules, and his turned out to be the inspiration: I made my own Micropolis canal based on his design, and if we are ever at the same LEGO show we would be able to link them up as part of a group Micropolis display and they would go together.

I took them to the BayLUG Meeting in June but I had run out of 2×2 blue tiles and some of the light orange slopes used in the trees, so some of the modules were unfinished. 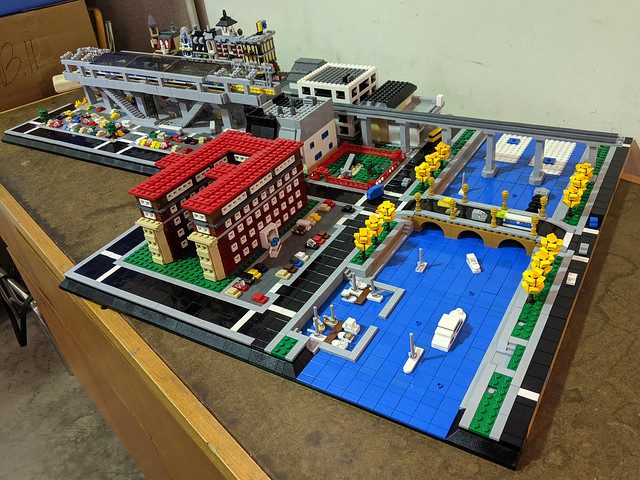 I built the 32×32 module with the bridge first. It’s very similar to his Jacobs Street Bridge design, but instead of grey I went with the nougat colored bricks for the bridge and along the shoreline, and I added gold trim and streetlamps for the bridge as well. I also built some traffic for both the bridge and the water. Micropolis modules really come to life once you populate them with a few vehicles, I find. 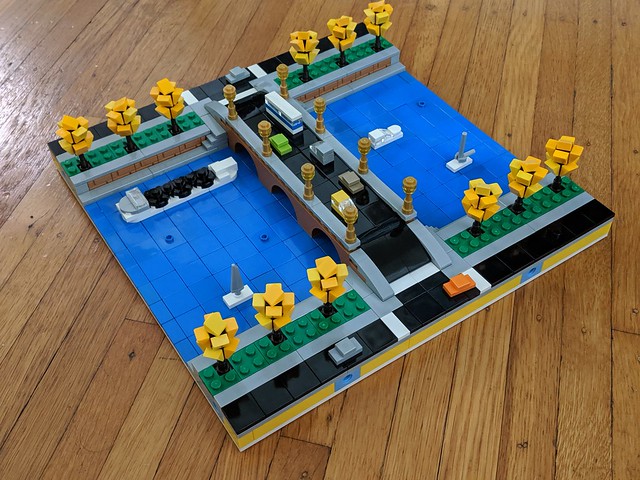 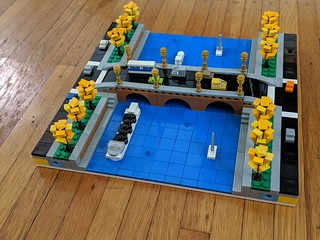 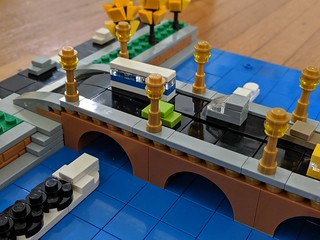 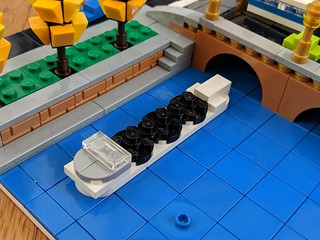 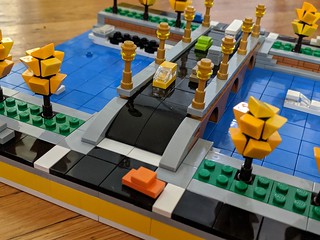 The next one I made was just a plain stretch of canal with nothing in the water or on the banks, except of course for these lovely trees Christian designed, which line all the canal modules. The use of a mix of yellow and bright orange, randomly assorted, evokes ginkgo trees in the fall to me. 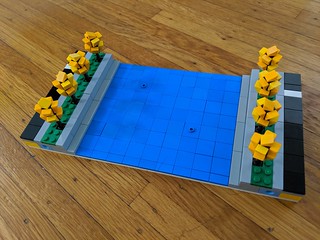 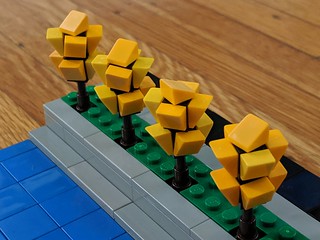 Finally, I made a little marina section, populated with more boats, including a big motor yacht cruising the canal. 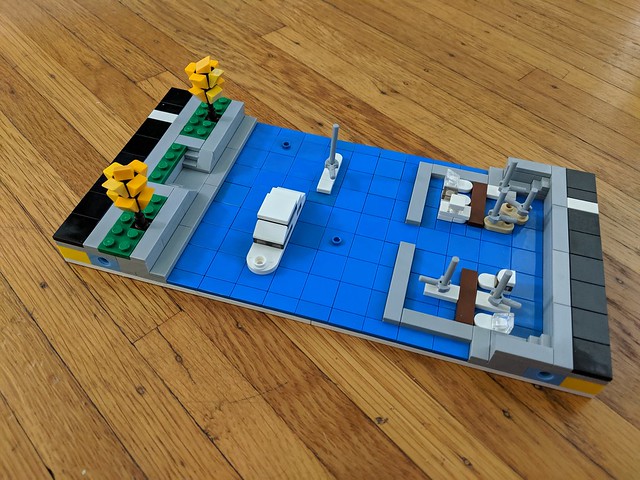 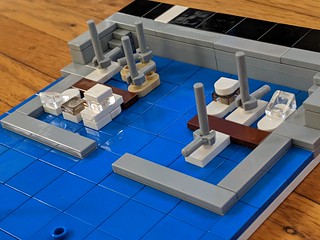 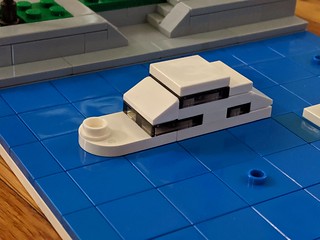 You can click any of the photos to see them on Flickr. These photos, along with any others that I may build, are in my Micropolis Canal Flickr album. And be sure to check out Christian’s canal designs as well! I’ve also posted them on my Instagram feed @billwardsbrickpile.