My latest model is a Micropolis apartment building in all the colors of the rainbow. 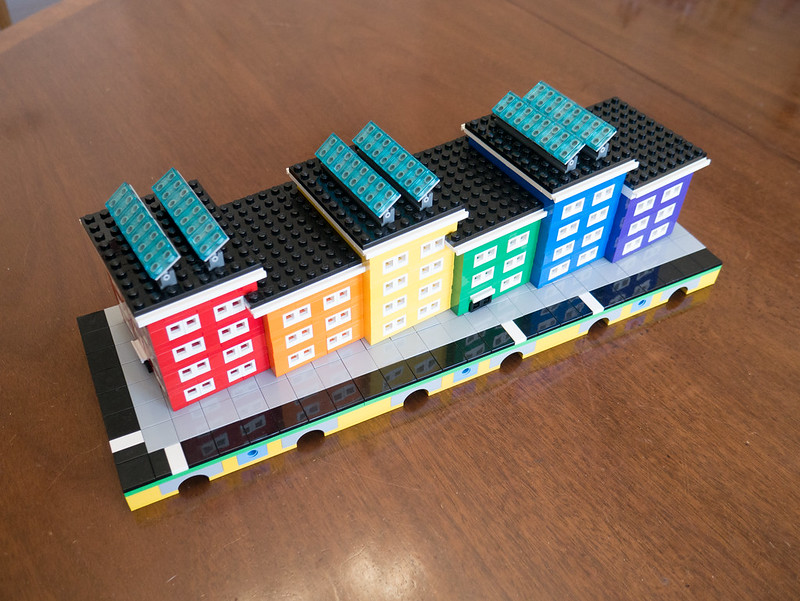 This past weekend should have been the Bricks by the Bay 2020 convention in Santa Clara, but because of the pandemic it was held online. I set up my MOC display in my dining room Friday evening, staying up to 5am getting it all arranged, and then woke up at 8am and couldn’t get back to sleep! At 10am the opening ceremonies started, and so while I was watching that and the subsequent several hours, I decided to try to build something.

I was three quarter-block modules shy of a nice even rectangular shape for my Micropolis layout, so I had the idea of building an apartment building to fill it out. I decided to build a 48×16-stud apartment building, and to make it less boring I made each section a different color of the rainbow, and mounted it at a slight angle to the street grid.

Once I had the basic idea of it, I started cranking it out floor by floor, color by color. The design is really quite simple, so it was pretty much rote building until I got to the top, when I decided to make half of the modules an extra floor higher, and to add solar panels. The roofs of the taller sections are attached by a half-stud offset using jumper plates. 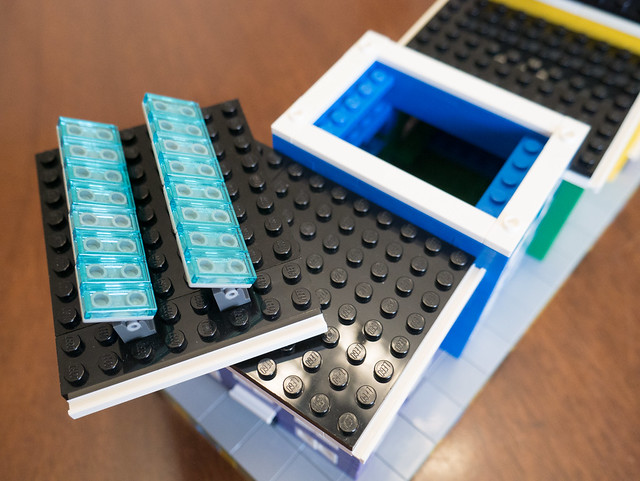 I finished the model a few minutes before 2pm when I was scheduled to give my MOC tour.

The off-square mounting is achieved by attaching it to just 2 studs on the base, as you can see in these photos. The 2 mounting studs are offset from each other a little. You could attach the building “square” to the base but the purple section would overlap the road, and by shifting that end until the stud in the base matches up with the building, you can anchor it securely there. 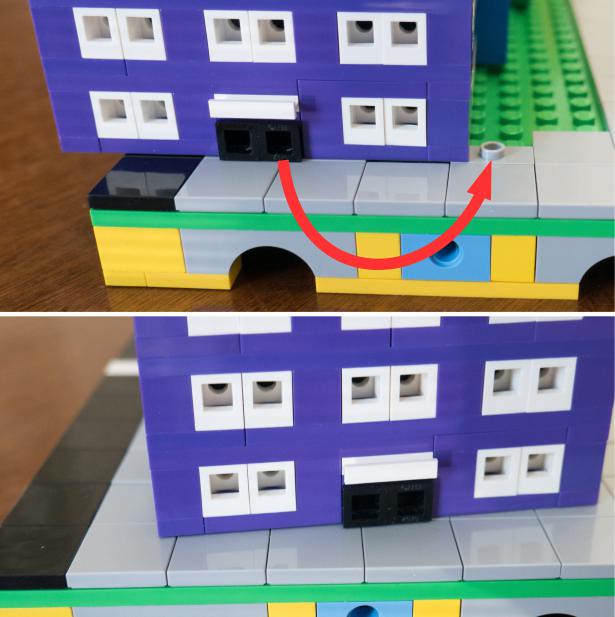 One thought on “Rainbow Apartments (Micropolis)”