Merry Christmas! The Advent season is over, and it’s time to take a look at what we got. Here are all the models arranged on the playmat / box lid: 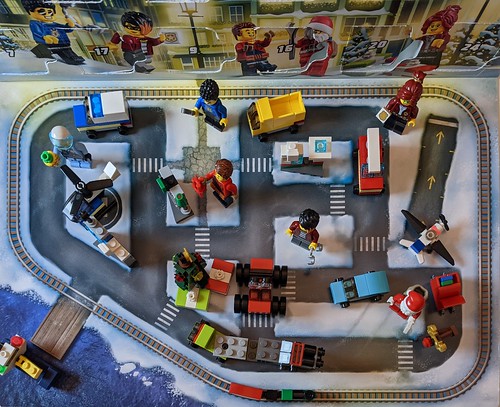 Let’s take a couple of closer views of the models on the playmat. It’s pretty silly, since the minifigures tower over the vehicles, which in turn are way too big for the buildings… 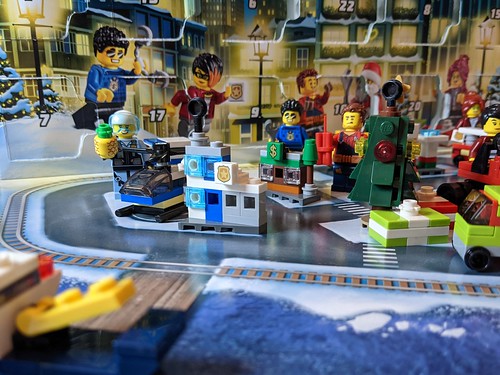 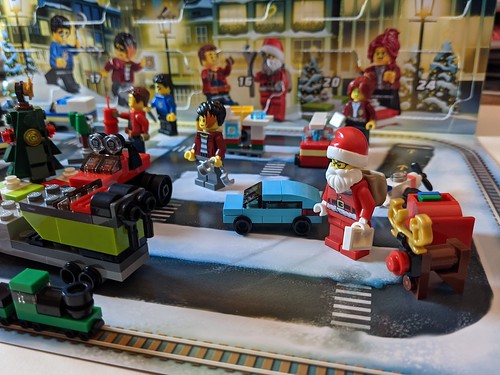 There were 6 minifigures in all: 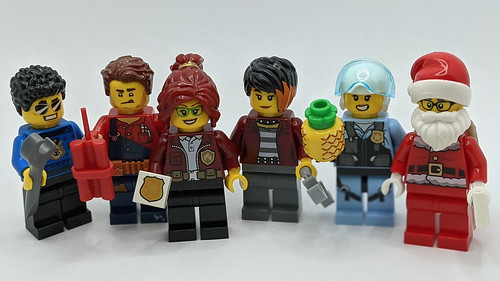 This year’s calendar included a nice array of 2-stud-wide cars and trucks. I think this is an interesting scale to explore, since it lets you include a lot more detail than with Micropolis, but doesn’t eat up parts the way minifigure scale or other larger scales do. 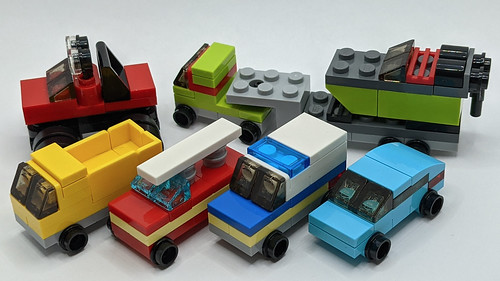 There were only a few models that were very Christmassy (Santa Claus also appeared above with the other minifigures): 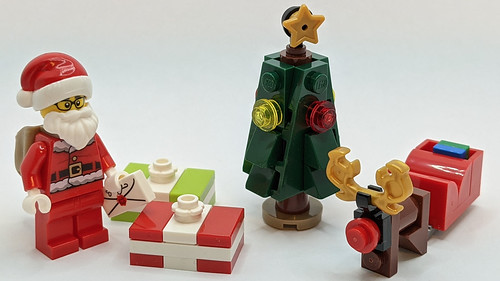 We ended up with 3 buildings, all based on the 2×4 wedge plate. Frustratingly, we didn’t end up with an even number of each “side.” 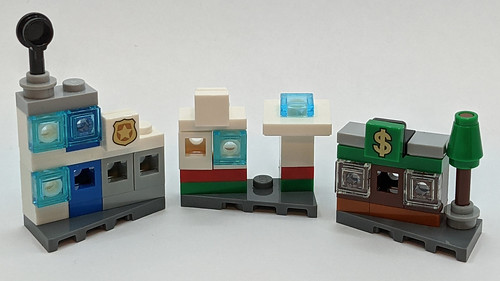 Besides the cars and trucks above, we got 2 boats (one of which is also shown above on its trailer), 2 aircraft, and a train: 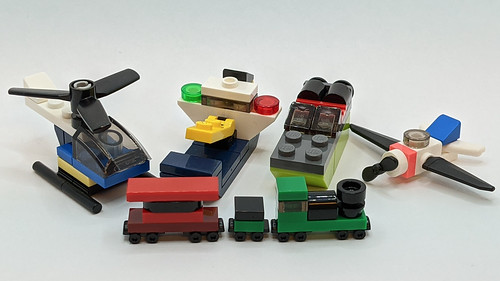 As with any LEGO set, we got extras of all the tiny parts (mostly 1×1 plates and tiles). Here I’ve collected all of the extras from all 24 models. Every model had at least one, except for the minifigure from Day 2. This tradition probably doesn’t make a lot of sense nowadays, given the accuracy of the factory equipment (scales that weigh the bags) but I guess they are just concerned little kids are most likely to lose these parts. With 24 separate models, there are always a ton of extra parts in the Advent calendars. 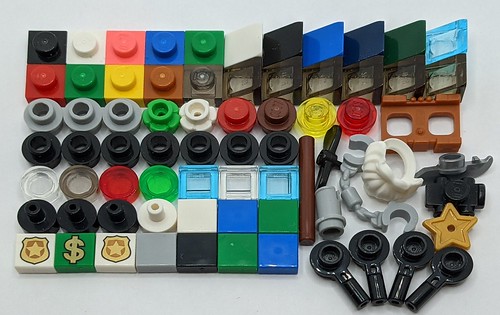 And now for a few awards… click the image for the Flickr page, or the “Day NN” link for my blog entry about each one.