The first day of this year’s City calendar is a micro version of a LEGO set: 60266 Ocean Exploration Ship. 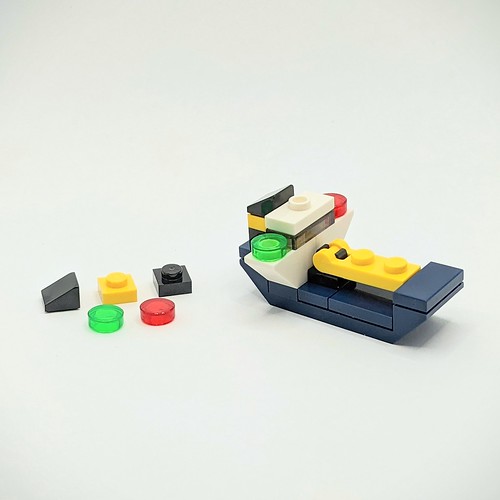 For comparison, here’s an image of the full size model it’s based on:

The Advent calendar box folds open to reveal a playmat consisting of some roads and a little dock you can put the ship at: 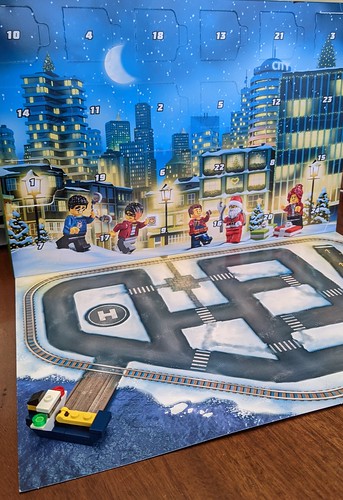 Pretty much every year for as long as I have had this blog I’ve been posting the LEGO Advent Calendar entries each day during December 1st through 24th. While in the past I’ve done blog posts about all the Advent calendars that LEGO made that year, this year I’m stepping back and just doing City. See Why I’m only doing the City Advent Calendar this year for more on that.

The model itself is pretty impressive for its size. Comprising a whopping 22 parts (if you count the 5 extra 1x1s that are enclosed), it makes a ship that might fit in nicely on a Micropolis layout. The cargo crane is represented, and actually moves up and down. The running lights are massive for the scale, but at least they have green on the starboard and red on the port sides. I still remember back in my childhood when I’d build LEGO Classic Space sets, being annoyed they had red running lights on both wingtips when clearly the starboard side should be green…