I built a spice rack out of LEGO! 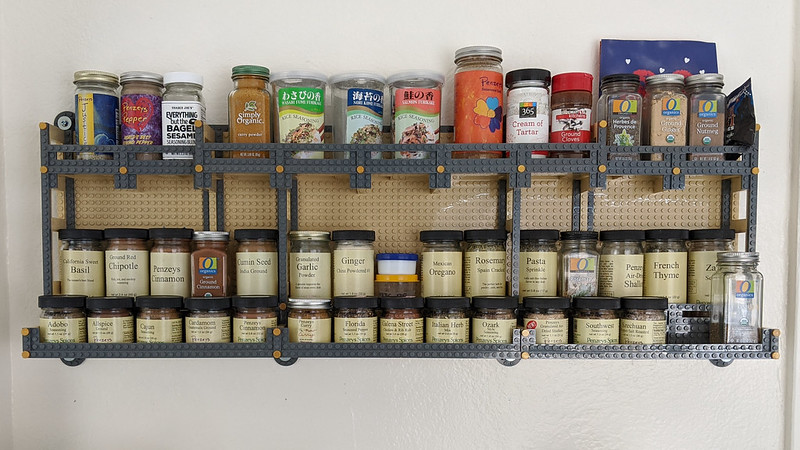 The structure is attached to the wall with 8 toggle bolts, which is quite secure. The screws (I used the middle size) are just about the diameter of a stud or a Technic pin, so they pass through 2×2 round tiles, Technic plates, and 4×4 round plates just fine. However there is also a 2×2 round plate in each of the attachment points, which I had to drill out the axle hole of (I know! And it gets worse: it turns out I didn’t have to do that, but I’d already drilled them before I realized that, so I used them anyway).

It’s all built studs-out without glue, which you might think isn’t strong enough, but it’s quite secure. The sheer number of studs involved makes sure it stays on even with all the spice jars in place. Plus, it makes it easy to redesign it later, should I decide I want to expand it or change the colors or style.

Here are some more angles so you can see how it is built. (Each of the photos links to my Flickr page for that photo, or you can view the album) The lower level has an extension for the shorter jars, and the upper level is a bit wider in the middle for the bigger diameter jars. Most of the jars though are a consistent size so they fit neatly in the openings. 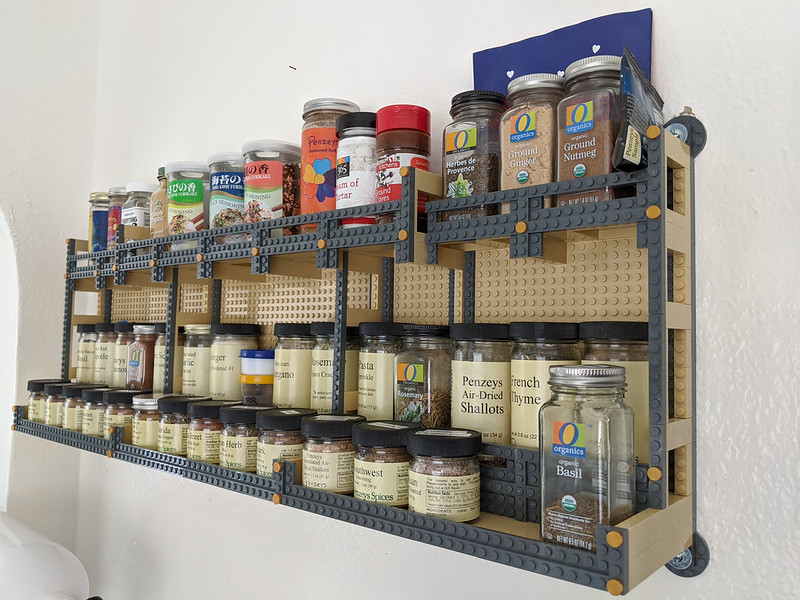 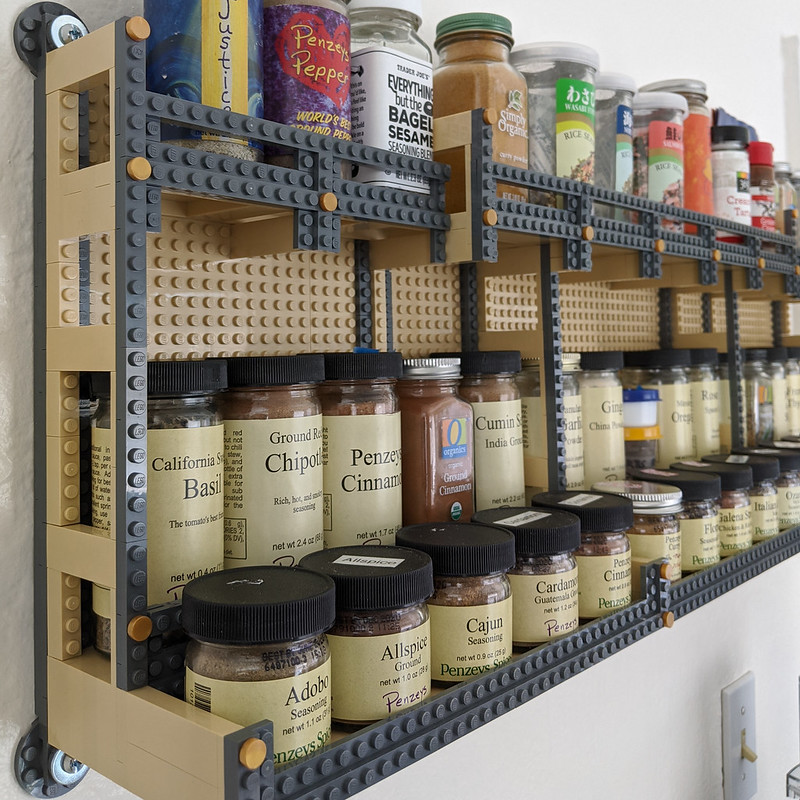 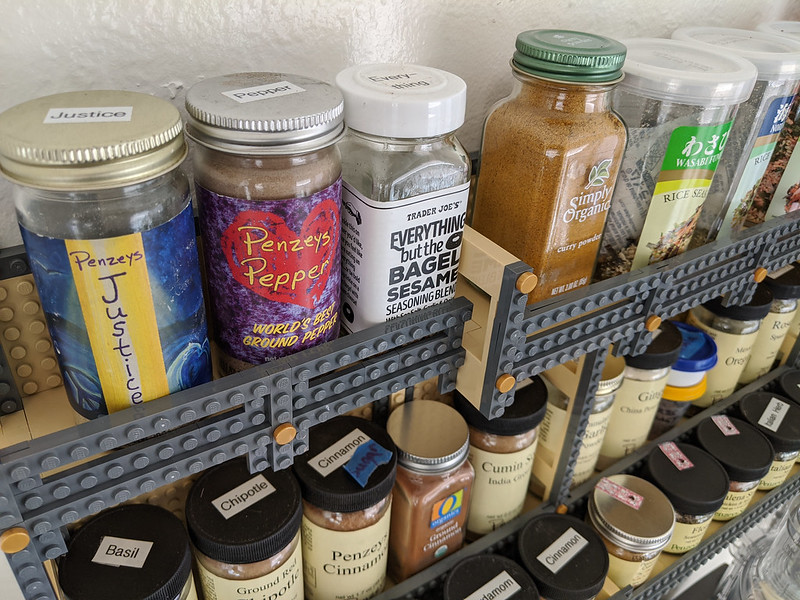 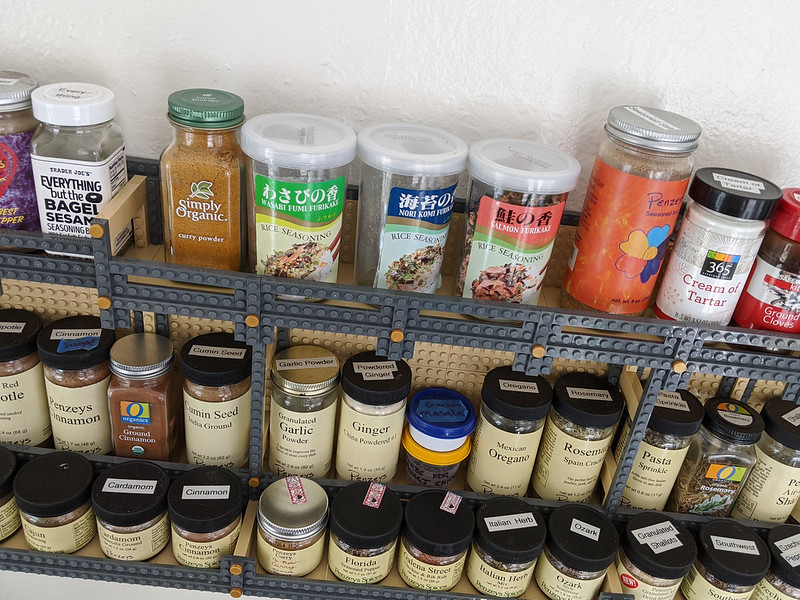 For the record Penzey’s is not a sponsor and we paid for everything you see here… though I’d be happy to get some more of their excellent spices for free if they felt like sending me some!