The thirteenth entries in this year’s LEGO Advent Calendars are a girl with an ice cream cone, a wreath, and an Imperial Troop Transport. 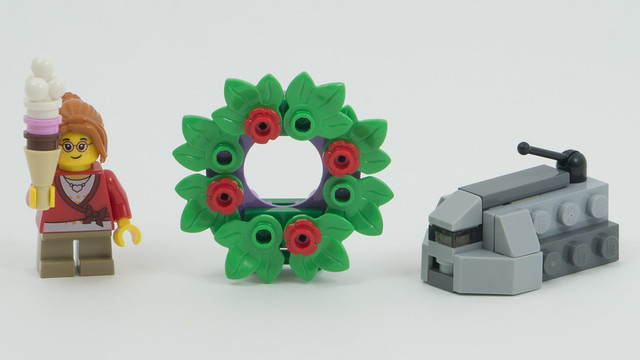 The City model goes well with the frozen yogurt / ice cream machine from yesterday. There are bonus strawberry and chocolate round plates in case you drop any. 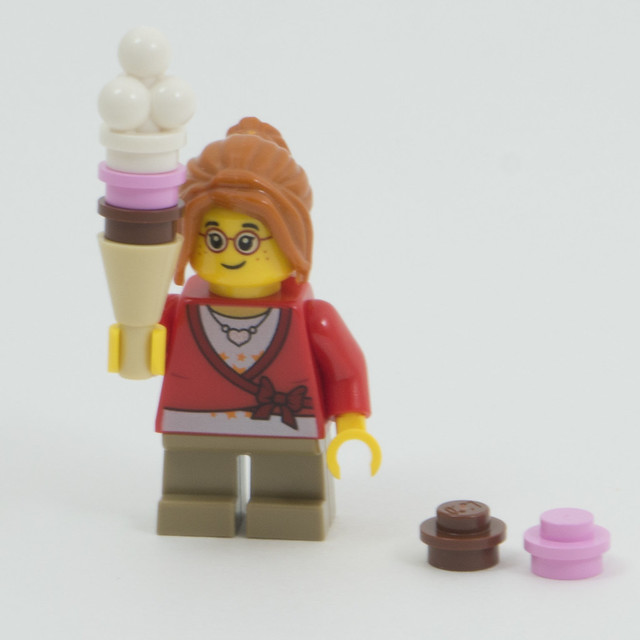 For Friends we get a lovely little wreath. I can’t say enough nice things about this design. There are extra plates to offset the leaves at the top and bottom which prevent them from conflicting with those on the sides, but also give the wreath a sense of depth. It is decorated with red flowers, of which an extra is provided. 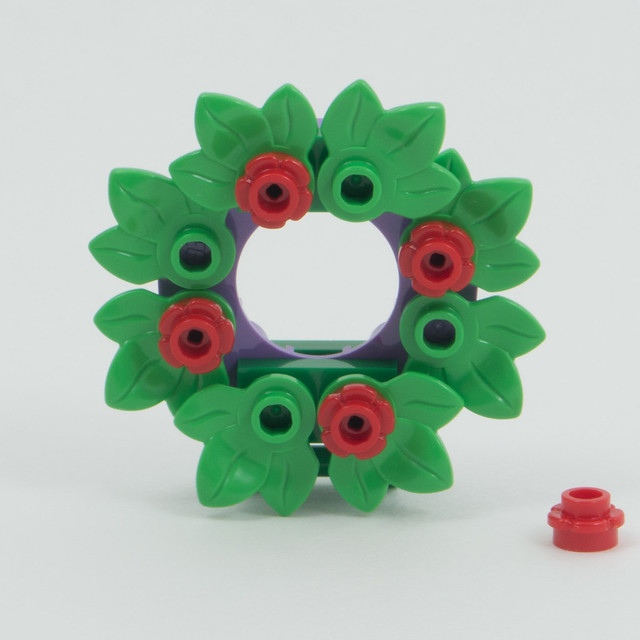 Here’s another angle so you can see how it was built. 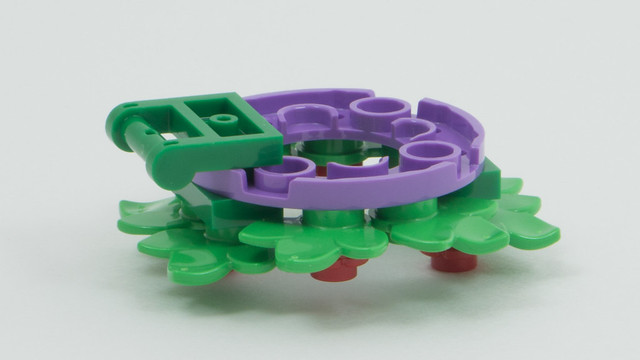 In Star Wars we get a little grey box. I didn’t recognize it except I guessed it was one of those Imperial hovering vehicles. Jay’s Brick Blog reveals it to be an Imperial Troop Transport, which according to the Star Wars wiki appears in various of the spinoff cartoon shows like Star Wars Rebels but not in any of the main movies. You get an extra black antenna/lever and light grey 1×1 round plate and cheese slope. 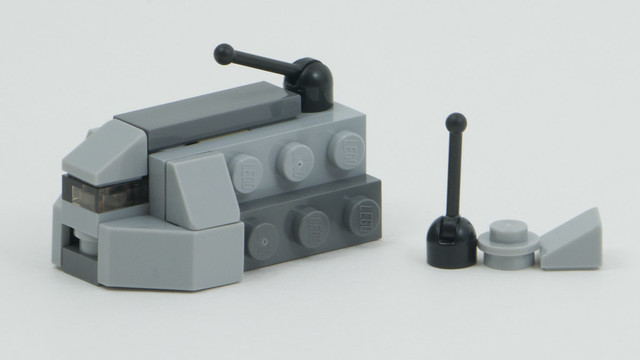