We’ve reached the halfway point already! Only 12 more shopping days, folks! Today we get a frozen yogurt or ice cream machine, a trophy (I think), and Anakin’s starfighter. 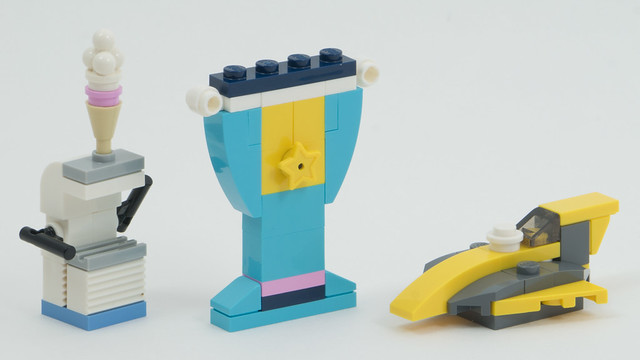 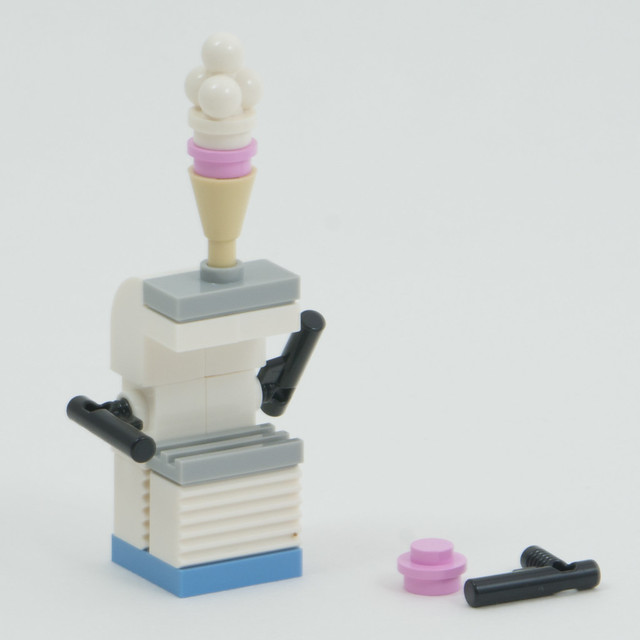 Now this Friends model is weird. I think it’s some kind of trophy? And it has two points where you can hang it from, but both are way off center, so it doesn’t seem very effective as an ornament either. It’s really weird. They could do much better. Spare parts are the usual 1×1’s, Technic half pin, and star. The star on the trophy spins freely; maybe LEGO should consider making a 1×2 brick with a centered side stud? 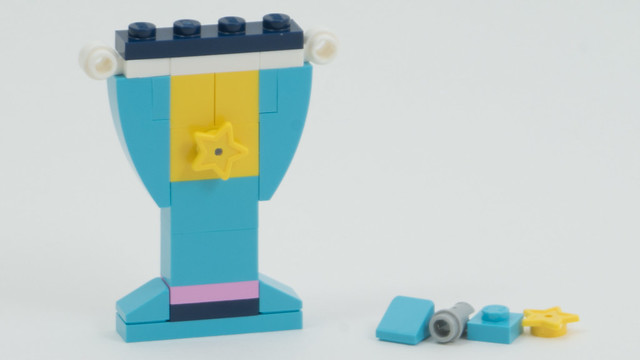 Today’s Star Wars set, Anakin’s Starfighter from the Clone Wars animated series is nicely rendered here in yellow and dark grey LEGO. I really like the use of the relatively new curved slope with 45 degree cutaway part on the leading and trailing edges of the wings. R2-D2 is represented by a 1×1 white round plate, and there’s a spare in case his head gets shot off. There are also spares of the cheese slopes. 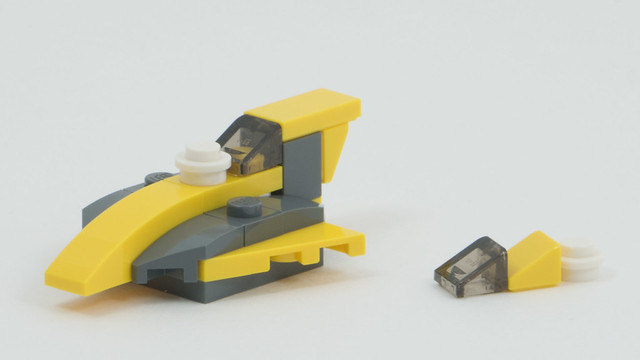 Heres a shot from the back of the starfighter. 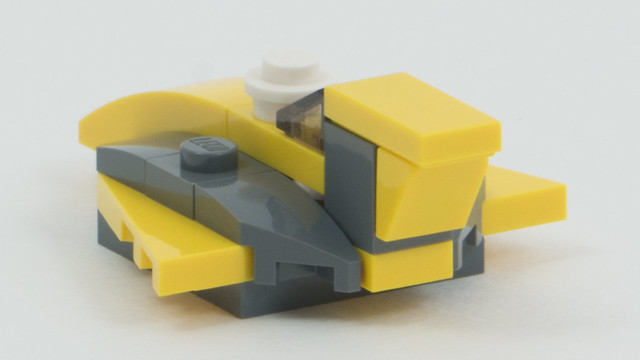