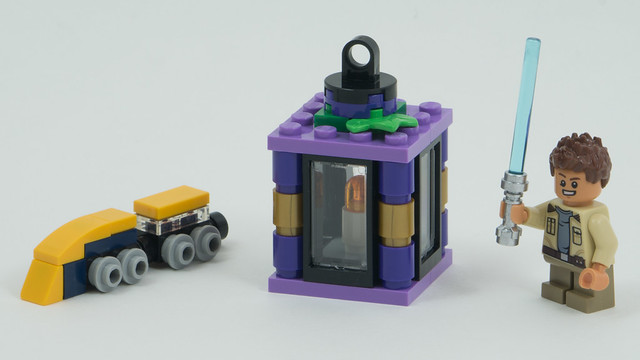 In the City Advent calendar today we get a little high-speed train. It comes with a total of 9 grey 1×1 round plates with hollow stud (if you count the extra one), some dark blue plates, and bright light orange tiles and slopes (with extras of the 1x1s of course). I think I’d’ve used a transparent plate in the locomotive instead of going with all opaque, but other than that it’s a nice little version which is very hard to do at that scale. 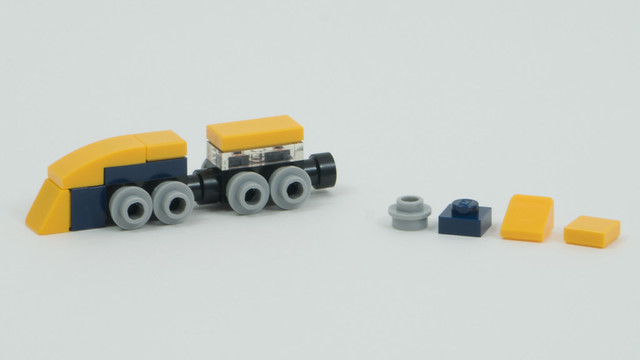 Today’s Friends Advent model is a lantern suitable for hanging in your Christmas tree. Like the candle yesterday, I’m rather disappointed by how they made the flame. Still it’s a nice little assortment of parts, with four tall windows and a bunch of purple bits. No extra elements though. 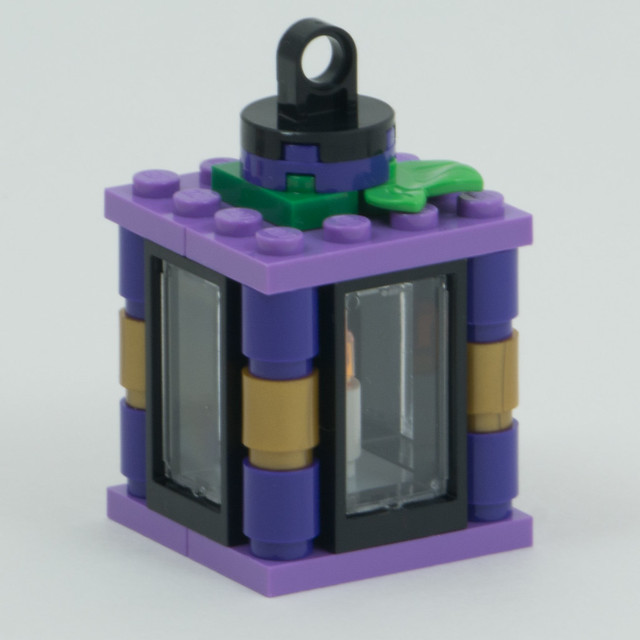 Here it is deconstructed a bit so you can see how it was built. 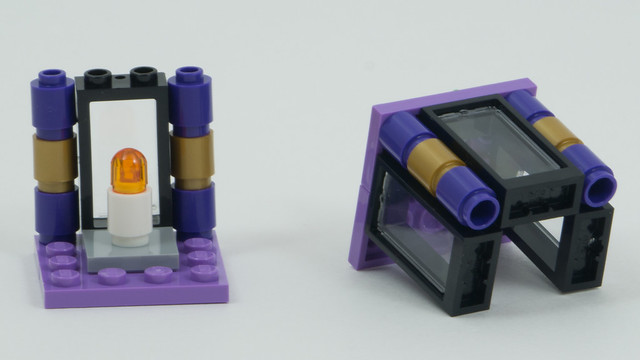 Finally for Star Wars we get Rowan Freemaker, the protagonist of the Freemaker Adventures, according to Jay’s Brick Blog. I haven’t seen that show, so I don’t know him or anything about him. There’s an extra lightsaber handle included. 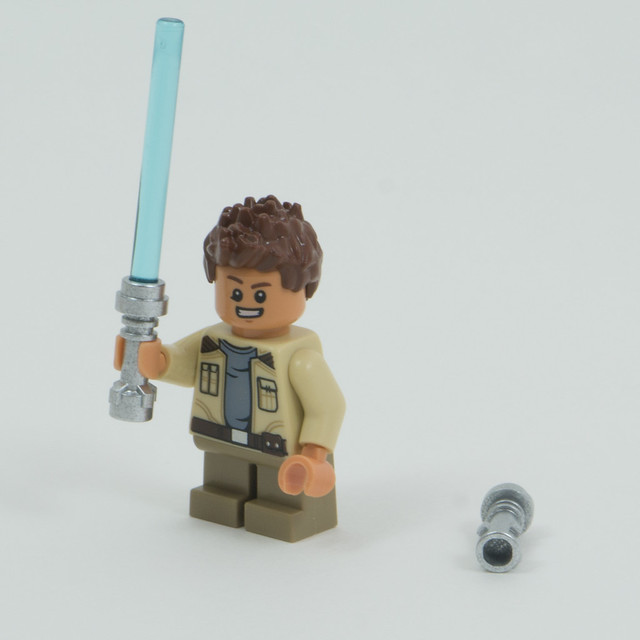 The back of the torso has some nice printing. 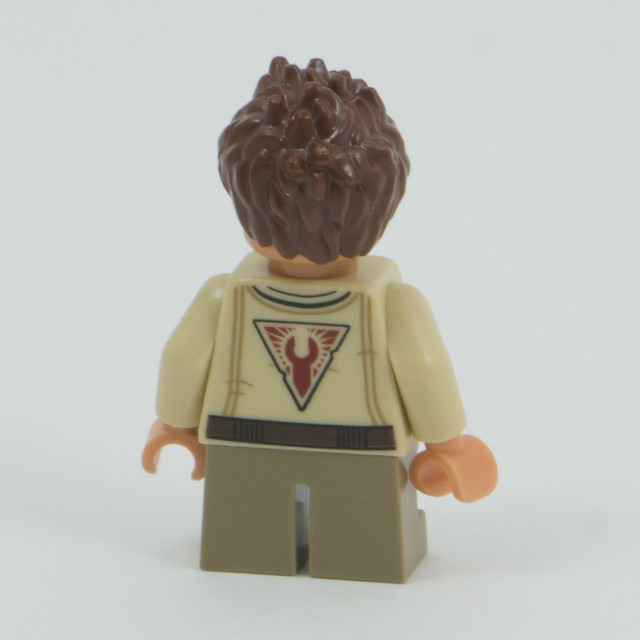