The New Elementary blog is featuring a handful of parts that have been release by LEGO in 2017 in a “parts festival” and one of my creations is featured in today’s article (Day 3). 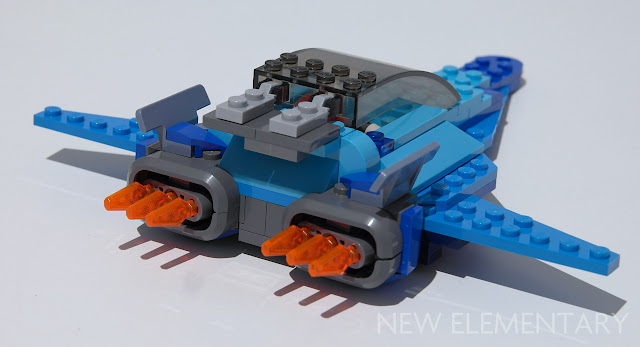 I built this little spaceship when I was in Portugal for the 2017 Paredes de Coura Fan Weekend in June, and attended a new elements workshop. The New Elementary is the blog of Tim Johnson, who put on the workshop. LEGO supplied him with a bunch of the new parts, and at the workshop we were given some time to build something that featured them. There was also a nice assortment of more ordinary parts provided. We didn’t get to keep what we built, but we were given a sample of the new parts to take home.

My model featured engines using some of the new parts, with thrusters that pivot side to side using the new flame / spear elements, and engine housings made from a new type of mudguard. I used a few of the other new pieces just for decoration, but the engines are the main draw. Here are some more of his photos of my model – click through to read the descriptive text as well as the other people who are featured: 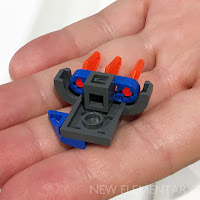 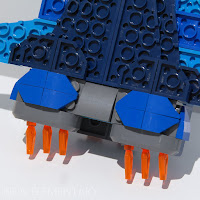