I took a year off from attending Bricks by the Bay (and being active in BayLUG) after having resigned my positions as president and board member in spring of 2016, but this year I decided to resume being an active member of the local LEGO community. I know there were hurt feelings left behind when I quit, and I am doing my best to make it up to those affected the most. Fortunately, it seems that most of the people there were ready to welcome me back, and I am so grateful for that. I was even serenaded with “Happy Birthday” in the opening ceremony, and honored with a Lifetime Volunteer Award!

It was also such a relief to be able to just attend and enjoy the activities without that immense responsibility to fix issues and make sure things run smoothly. The team who took over after I quit have done a great job of making the event better organized and better run than it ever was while I was in charge, and I’m so happy to see it thriving!

I exhibited a new MOC that I built just for this event, a large mosaic of the California state flag (I’ll be posting more detail about that here soon), along with the Kangaroo sculpture and Galo de Barcelos mosaic (also coming soon) that I built for my recent overseas adventures (trips for Brickvention and Paredes de Coura LEGO events in Australia and Portugal, respectively). I also showed a US Forest Service “smoke jumper” airplane, a work in progress which I will be posting about here soon as well. For now, here are some photos of my newest MOCs on display at BBTB 2017: 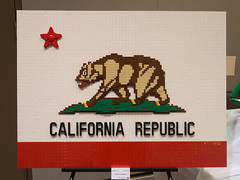 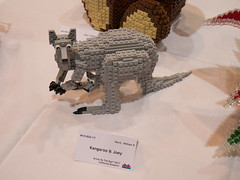 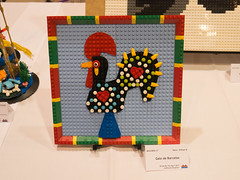 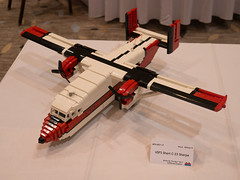 In addition, I showed some old favorites like the Teddy Bear, Kermit, and I joined the BayLUG/BayLTC group display, showing my Caltrain and City park and a few buildings and rolling stock. I didn’t win any trophies for my MOCs, but the club won one for Best Small Group Layout. 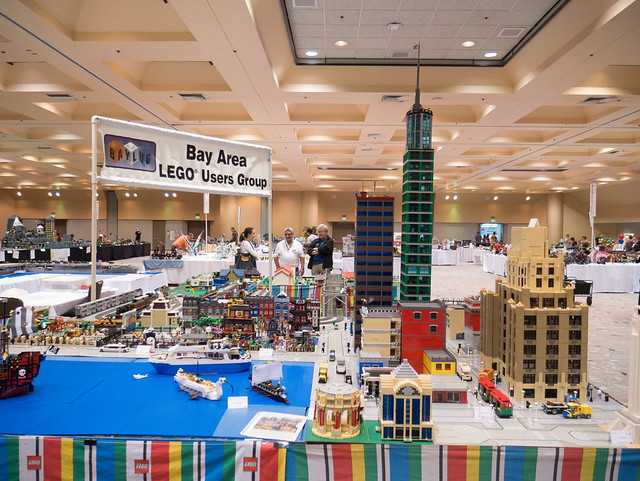 I had fun taking part in activities such as the Parts Drafts, Speed Build, and Dirty Brickster, and sitting in on some panels and presentations. My photos, however, are almost entirely of the MOC exhibits in the Grand Ballroom. For that, peruse the album on Flickr (839 photos). Another great review by MeganL of the Bricks by the Bay event can be found on Brickset – check that out for more in-depth information