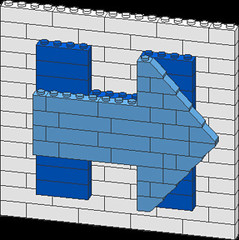 My preference was for Bernie Sanders, and I voted for him in the primary. I’m not entirely thrilled with some of Hillary Clinton’s positions and past behaviors, but she’s a million times better for our country and the world than her opponent. The idea of a hothead like Donald Trump being in charge of the nuclear codes gives me chills, his attitudes toward women are appalling, and the things he has said he would do to immigrants and Islamic peoples would make me even more ashamed to be an American than I was when George W. Bush was in charge – not to mention what the Republicans would do to LGBT rights, ObamaCare, and other important progressive steps that have been made in recent years.

So I urge every American citizen to cast a vote for the only sensible candidate, Hillary Clinton. Her many years of experience as a lawyer, activist, First Lady, Senator, and Secretary of State make her far more qualified for the job than a real estate tycoon and reality TV star. And don’t get me started about the Green or Libertarian candidates.

If you agree with me and you would like to show it in LEGO, I’ve designed this 3D model of her campaign logo and prepared instructions for you to build your own.

Note: versions of this logo are often used with red instead of medium blue, or with blue and white reversed. Depending on the parts you have available you may wish to build one of those versions instead. See parts list at end for the required quantities for each part. I built it out of bricks, but didn’t have any of the 2×2 corner bricks in medium blue, so I made a few adjustments to the arrow to compensate. (Photos coming soon)

One thought on “Hillary for America logo”