One of these things is not like the others … we get three living room fixtures and one weird flying creature for Day 19 of the LEGO Advent Calendars.

If you don’t have your Advent calendars yet, ordering them on Amazon could help support this blog. Here are the links: City, Friends, Harry Potter, and Star Wars.

This lovely grandfather clock comes with the City set. 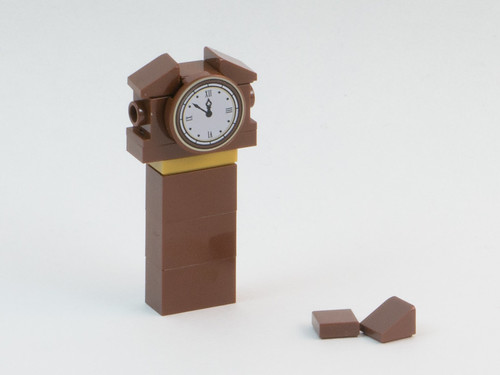 For Friends, we get a nice little Christmas tree. In the lower portion, the branches are attached to the trunk using 1×1 round plates in transparent pink. The combination of the transparent pink with the lime green of the trunk element (which I think is a new color for the Travis brick) looks sort of brown, which is cool.

For those not familair with the term, a Travis brick is a 1×1 brick with studs on all sides, named by LEGO fans in honor of Travis Kunce, a LEGO Space builder who had a tattoo of that part on his back, and passed away sadly in 2003. 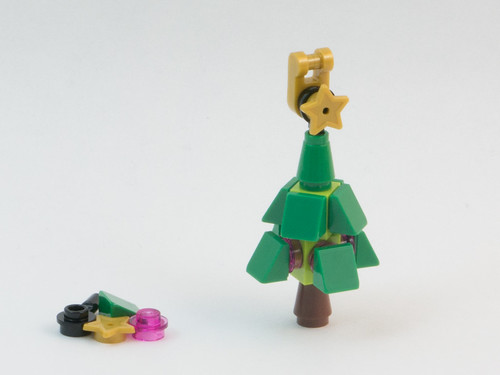 I learned something today about the creator of Harry Potter that almost made me not want to carry on including those models in this blog series. I don’t usually get political on this blog, but I’m sure there are some people out there who might read this who would be bothered if I didn’t say anything. The news broke today that J. K. Rowling, author of the Harry Potter books, is apparently a “TERF,” or trans-exclusionary radical feminist and does not support the rights of people to be transgender. For more, see this article from Newsweek: “J.K. Rowling Slammed as a ‘TERF’ for Supporting Researcher Who Tweeted ‘Men Cannot Change Into Women’” or just about any feminist or queer-rights-oriented blog or website today. I support the right of people to live their lives according to whatever gender feels most appropriate to them, and want people who may be transgender, genderqueer, questioning their gender, etc. to feel comfortable here.

All that said, this set was designed and sold by LEGO (and bought by me) long before this news broke, so let’s keep going. Today’s Harry Potter model is a fireplace, presumably from the Hogwarts Great Hall, but could easily go in the same living room as the above two models. The use of the 1×1 brick with the decorative appendage in combination with the 1×1 round tile is a nice look. 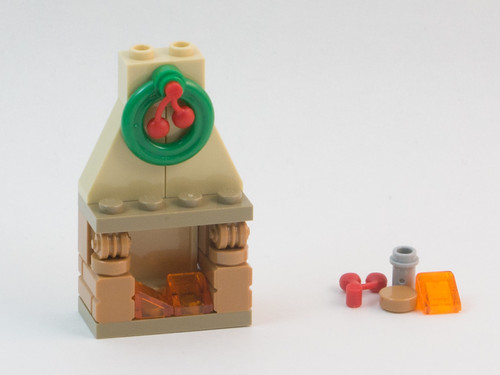 Meanwhile, Star Wars is off on a different track entirely. This, in case you were wondering, is a Mynock (thanks Jay for clearing this up), the weird leech-dragon that attacks the Millennium Falcon in The Empire Strikes Back. 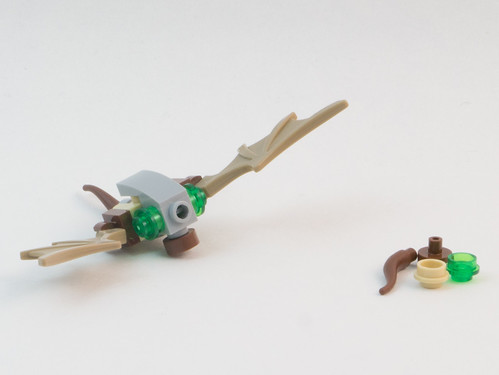 Here are two more views of the Mynock so you can see better how it was built. 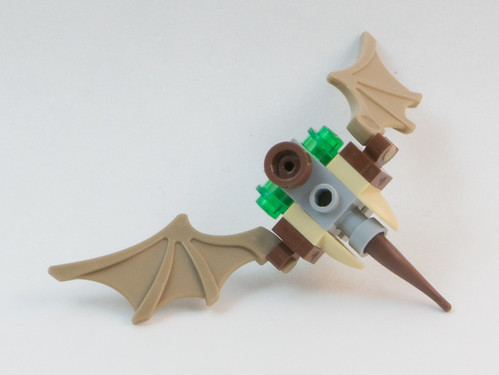 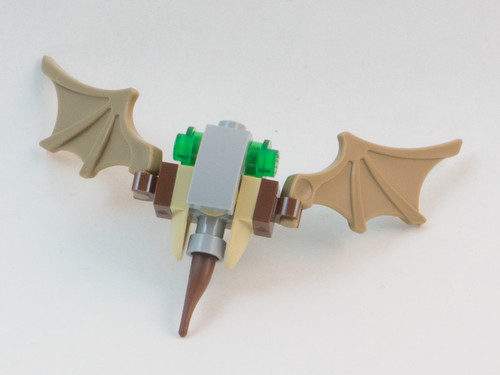