I was going to post this on the 25th, but the holiday celebrations got in my way. Anyway here’s an overview of what we found in this year’sÂ City, Friends, and Star WarsÂ LEGO Advent Calendars.

I’ll start with the leftovers. Every LEGO set gives you some extra parts of the smaller elements. LEGO sets are packed by weight, and to make sure they haven’t accidentally shorted you on the parts, they give an extra one of the lightest-weight elements. Also I bet these are the ones kids are most likely to lose. In any case, when you have 24 x 3 = 72 models there end up being quite a few of these small parts: 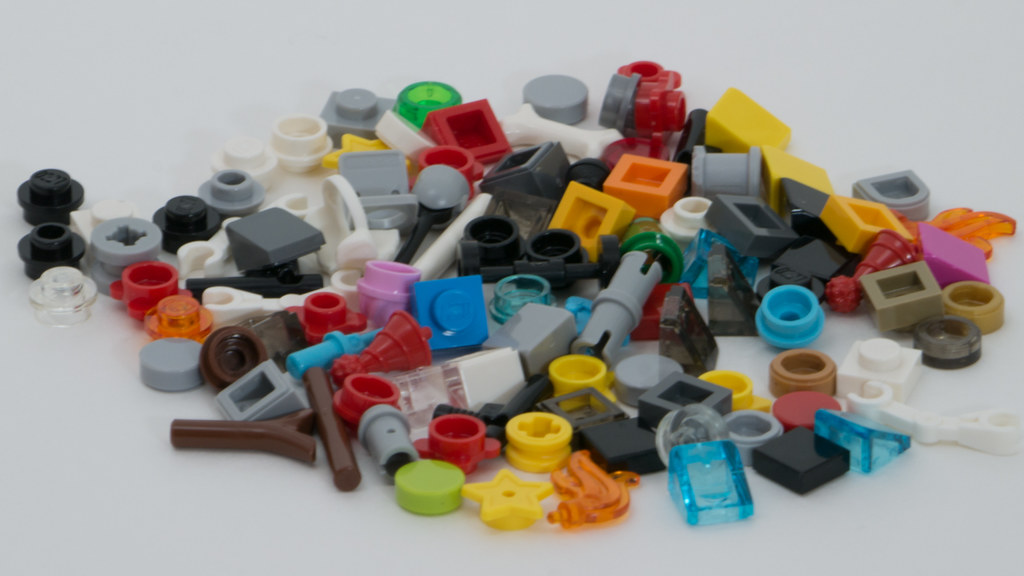 Now turning to the actual models we built, first City:

There were six minifigs:

And here are the rest of the models:

Here’s all the Friends models: 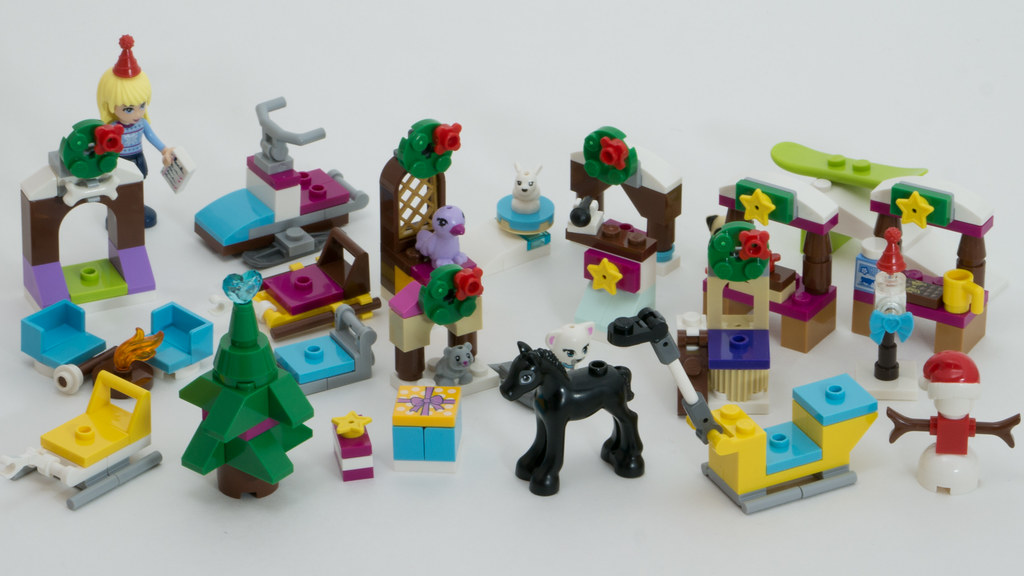 There was just one human figure, but six animals (seven if you include the fish). I guess the theme is Heartlake City Winter Pet Show.

There were a number of sleds built, and several could join together to make a snow train, plus one could be towed by the pony: 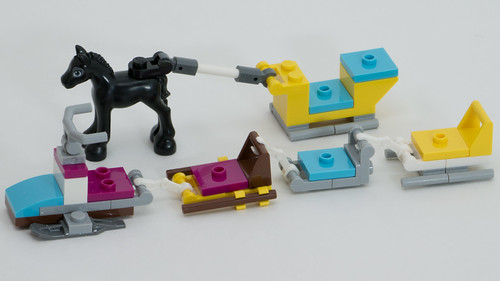 We built eleven micro vehicles from the Star Wars universe:

There are eight minifigures, if you count BB-8:

And here’s the rest of the Star Wars models.

That does it for this year’s models. Hope you enjoyed following along, and enjoyed your winter holiday(s). The New Year is just a few days away!