Christmas Eve gives us the final installment of this year’s Advent Calendars and Christmas Build-Up sets. Today’s models are very Santa Claus themed, of course… a traditional Santa (City), a Santa-themed snowman (Friends), and BB-8 with a Santa hat (Star Wars). InÂ Christmas Build-UpÂ we build another Santa, and I built a second snowman MOC. 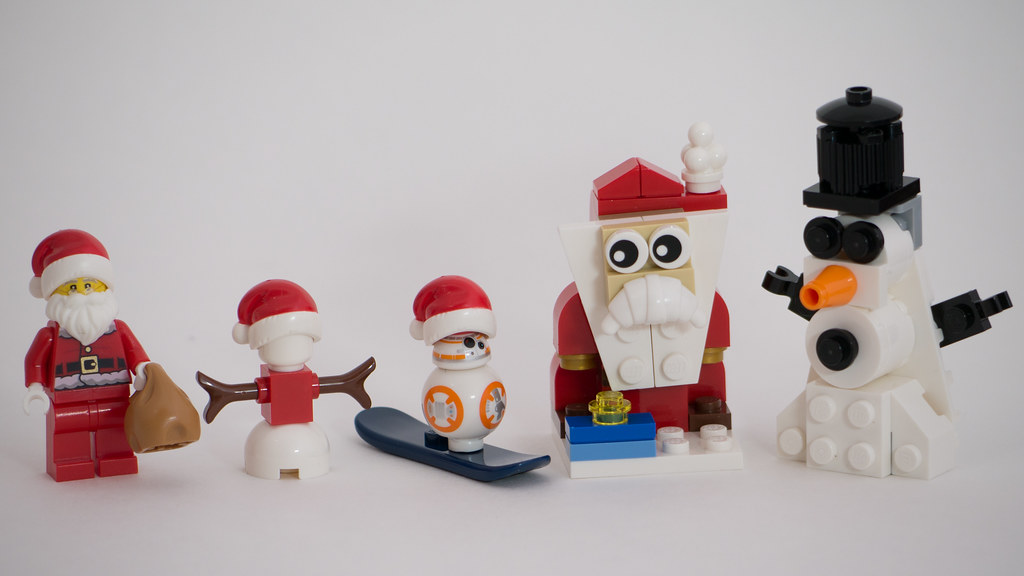 All three models feature the identical Santa Claus hat. City’s Santa is pretty standard, though the torso and face have some nice details. 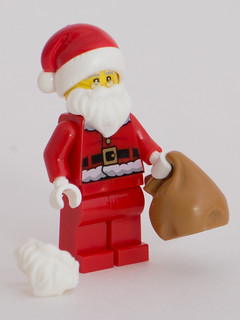 Here he is riding the snowmobile and sleigh from the previous two days: 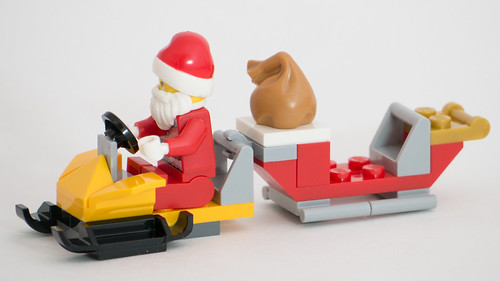 In Friends we get this snowman with a Santa hat. 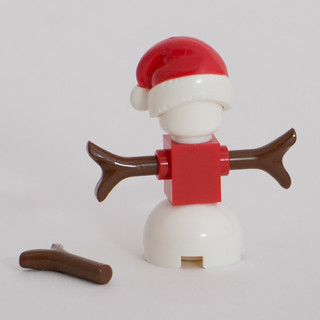 The pony and sleigh can pull this one as well: 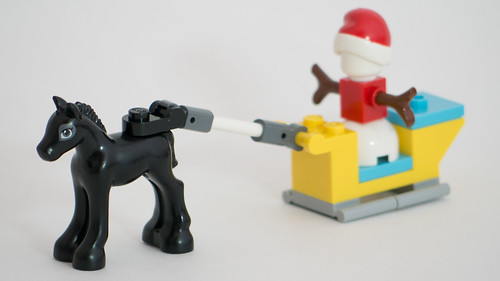 Meanwhile BB-8 comes with his own transportation, a snowboard. I guess there are some places a rolling droid can’t go without some help… 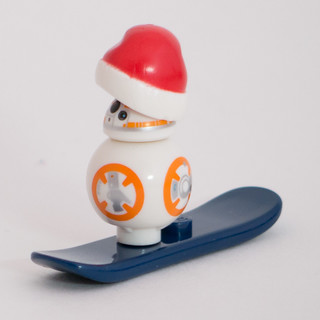 In Christmas Build-Up, we get a brick-built Santa. 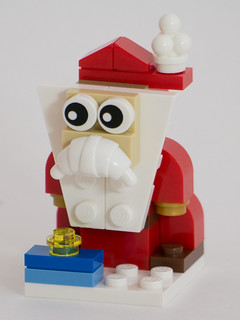 The weird thing about this one is that the face is attached using a single Technic pin, allowing it to rotate freely. This is a very curious choice, given that no other model during the whole Christmas Build-Up series used those parts, and there are plenty of better SNOT parts in the kit that you could use to attach it which would not allow it to rotate freely as this one does. 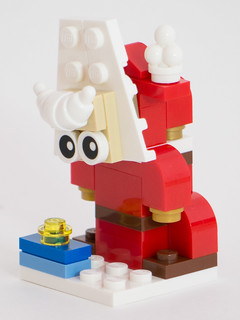 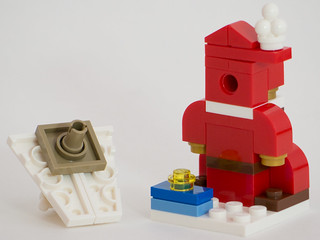 Anyway with the leftover parts, I built a snowman. Now I know I built one in Day 6, and they provided a snowman head in Day 13, but I think this is a better design. Which do you prefer? 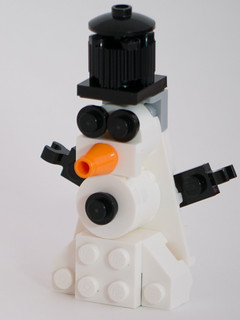 Well that does it for this year’s Advent Calendars and Christmas Build-Up models. I’ll post a wrap-up tomorrow showing everything that was included. I hope you enjoyed reading the series and if you got these sets for yourself, I hope you enjoyed building them. Merry Christmas!