Today’s CityÂ Advent calendar model is a skier; Friends gives us a campfire with two seats and a marshmallow to roast, and the Star Wars model is a First Order Snowspeeder from The Force Awakens. Christmas Build-UpÂ gives us the head of a snowman, and I used the leftover parts to build a little steam train. 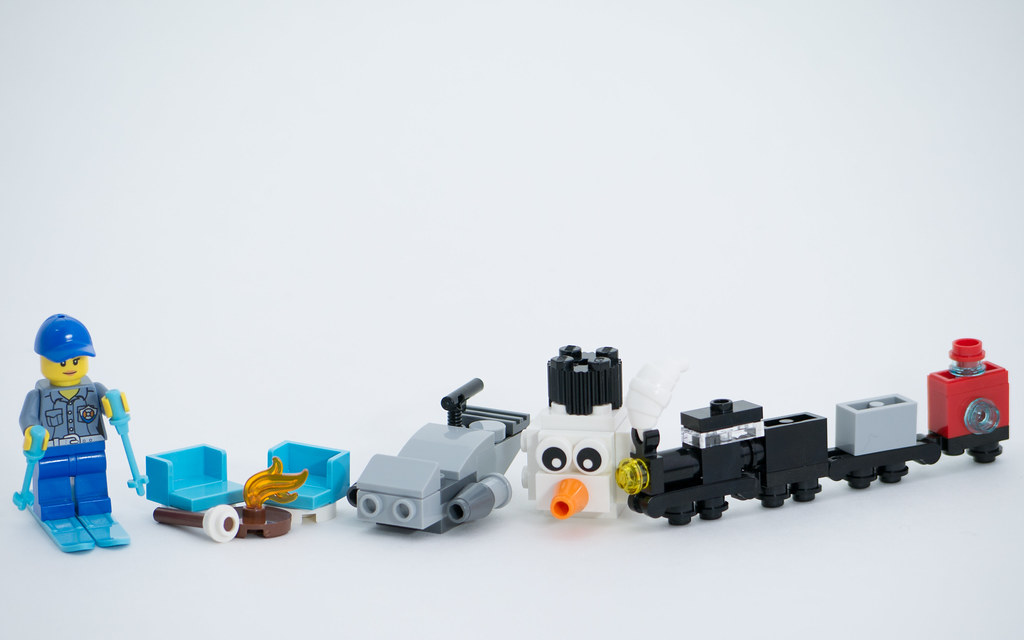 The City model is just a minifigure, but she comes with skis and ski poles (plus an extra one), and the printing on her shirt suggests Ski Patrol (though in this universe, I think it’s a branch of the Coast Guard): 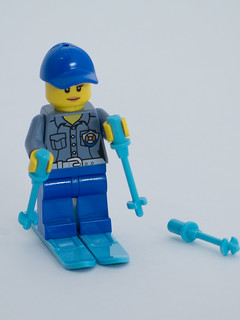 The Friends model is a little campfire with two chairs and a marshmallow on a stick. But since both the marshmallow part and the stick part are small parts, we are actually given enough parts to make two marshmallows on sticks! 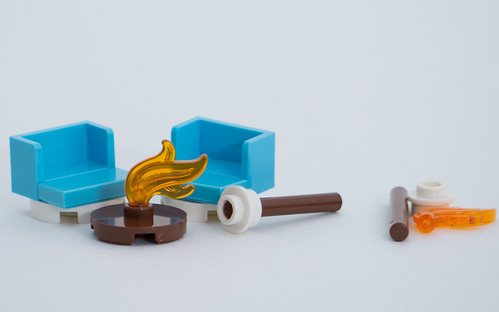 I didn’t recognize today’s Star Wars model at first, but checking Jay’s Brick Blog I found out that it’s theÂ First Order Snowspeeder which never actually appeared in the final version of the movie! (If you recall when that movie came out, they had done a massive edit just before release, so a lot of the merchandising and the previews featured stuff that never made it into the film as shown in theaters.) 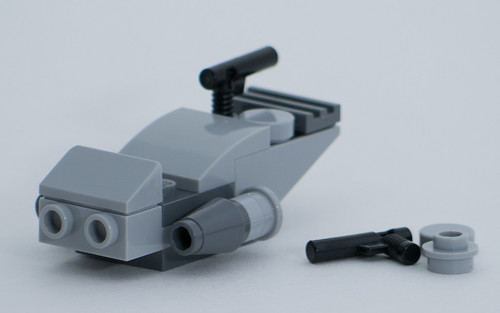 Anyway, on to Christmas Build-Up, where we get the head of a snowman. There’s something creepy about a bodyless snowman (with a brimless hat). The construction is very similar to the ladybug we made on Day 6, using the new 1×1 brick with studs on two adjacent sides. It’s a 5-sided die (the bottom doesn’t have a 2×2 plate), but making a full 6-sided die is easy with this wonderful new element. 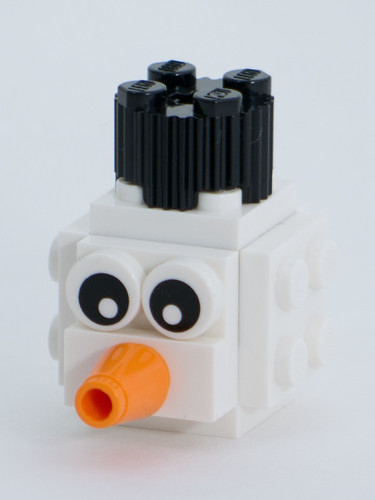 With the leftover parts, I built a steam train. The caboose is missing a wheel, I know … the set only comes with 8 1×1 black round tiles officially, and one extra because it’s a small part. I used seven of them for the wheels and two of them in the locomotive cab, so there just weren’t enough. But you can easily find another one if you want to build your own copy. Also, there’s no link between the tender and the grey car, due to the available parts provided in this set, but that’s also pretty easy to fix if you want to expand on this idea. 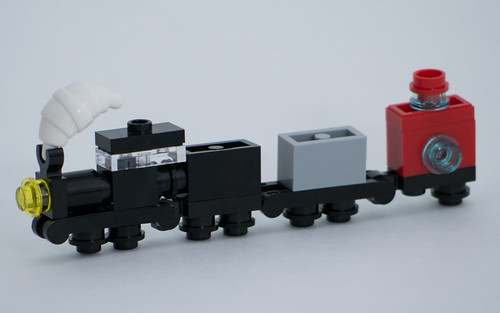 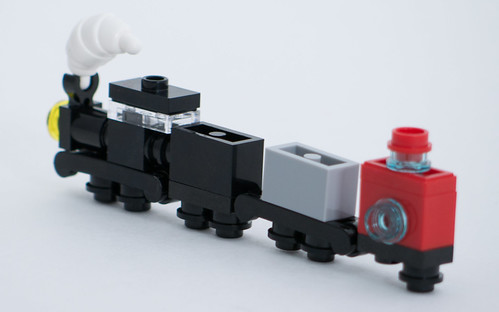 [Edit] Here are instructions to build the train: 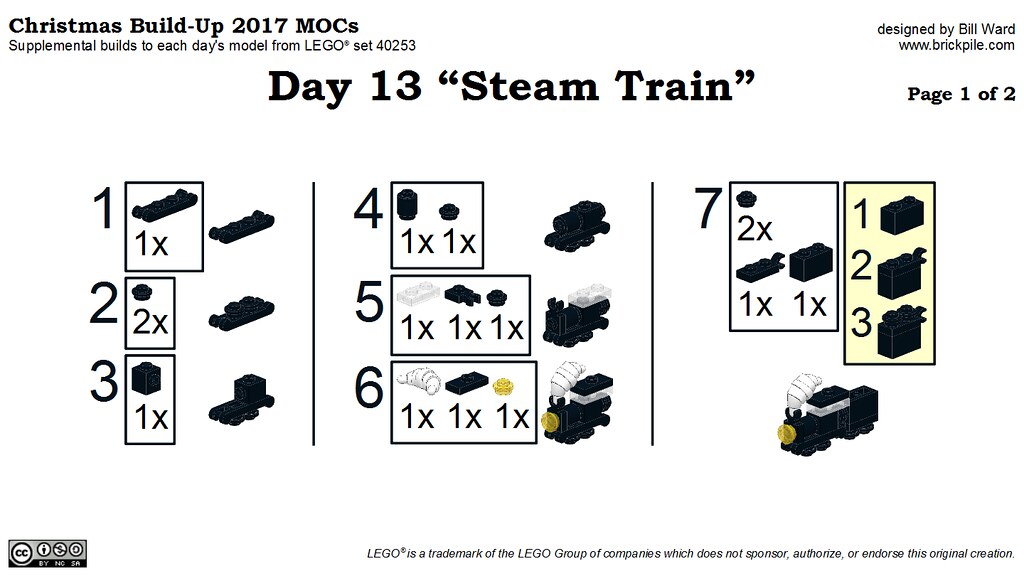 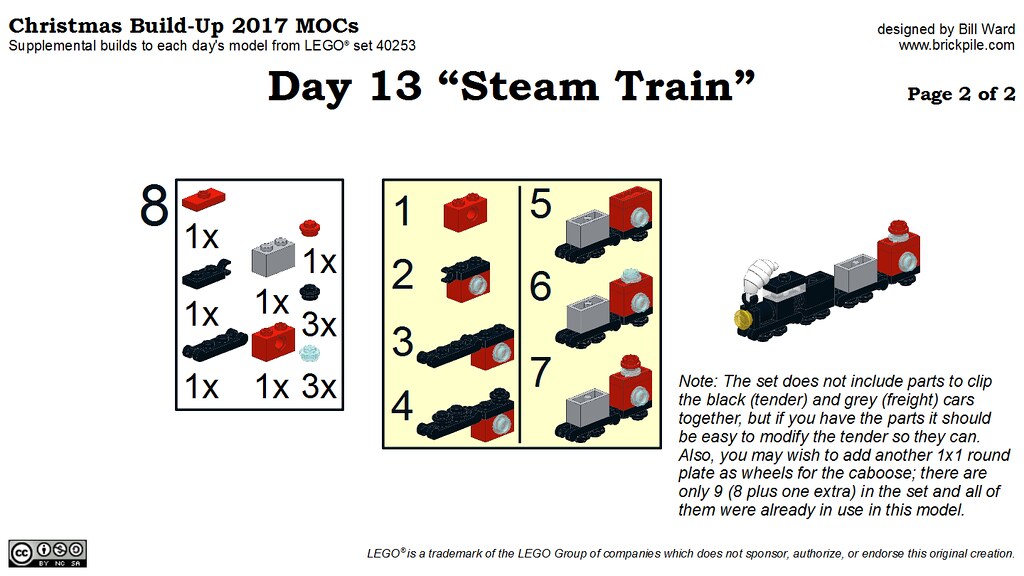