Every year, BayLUG (Bay Area LEGO Users’ Group) celebrates its anniversary in October. This was the 19th anniversary. The meeting was held at the Museum of American Heritage (MoAH) in Palo Alto on October 8th. 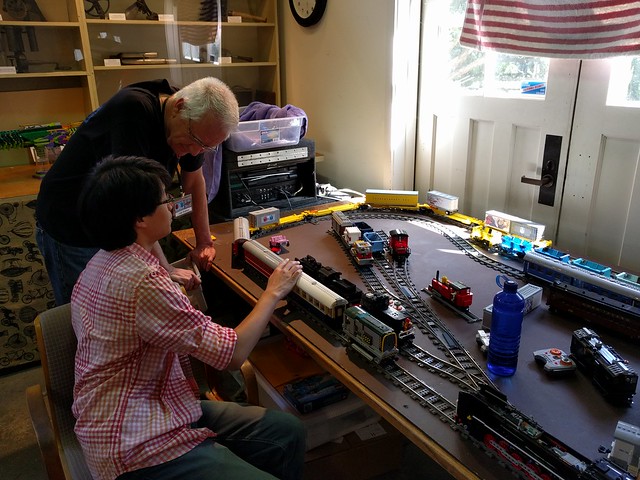 There was a contest with a Halloween theme. Prizes are given – the littlest kids all win, and a winner is chosen by votes for the bigger kids and adults in various age categories. Each contestant gets a chance to describe their creation to the members, and then everyone votes. Here you can see one of the younger entrants explaining his model: 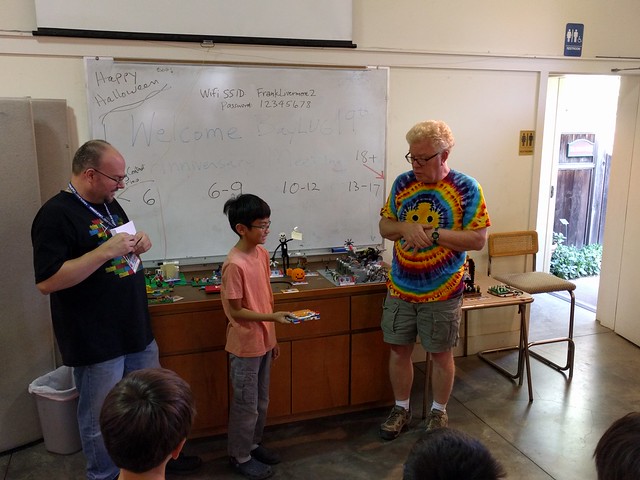 Here are the contest entries (I didn’t enter): 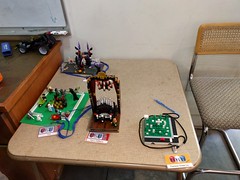 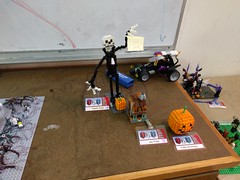 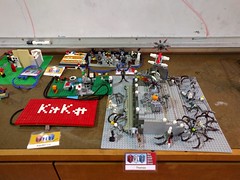 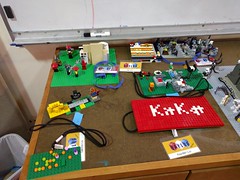 I brought some of my more recent models to display, as well as some loose parts to trade or sell with other members. I brought my Teddy Bear, which was started in 2014 at the BayLUG holiday show in that same room, the kangaroo I made for Brickvention in Melbourne Australia, the Galo de Barcelos rooster mosaic I made for Paredes de Coura Fan Weekend in Portugal, and a smoke jumper airplane I’m working on (in progress). Here’s my stuff: 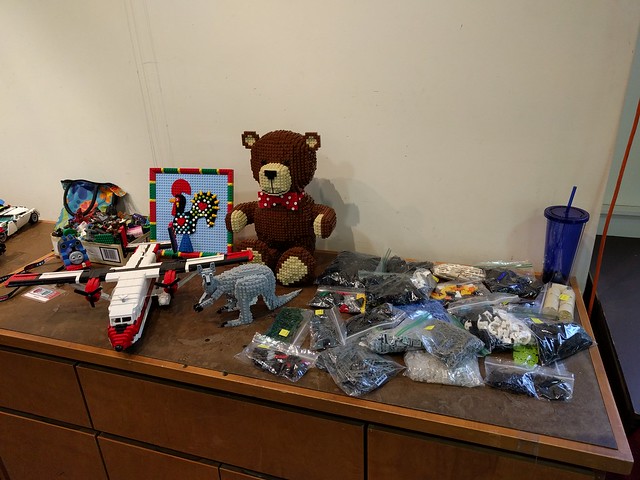 We also had some interesting models on display from several members: 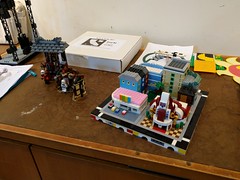 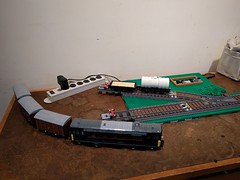 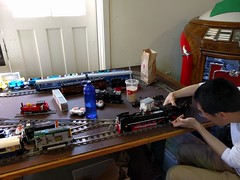 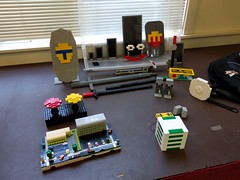 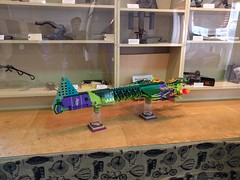 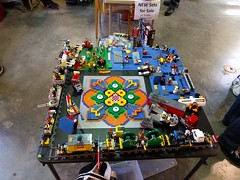 And as always we had a vendor selling parts in bulk at the meeting, one of the most popular features of our meetings. 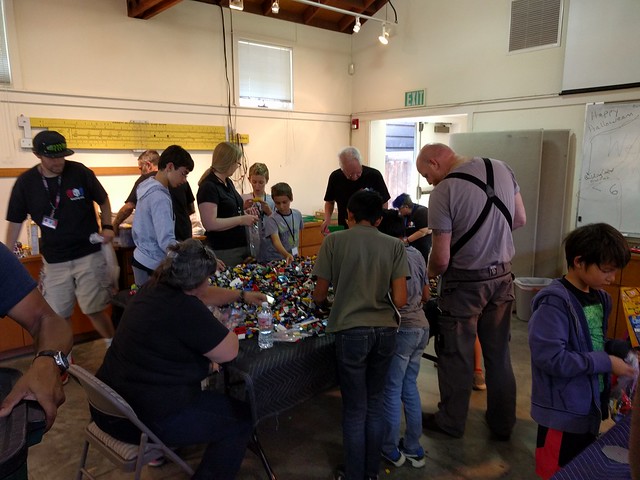