If you’ve been a LEGO Trains fan for as long as I have, you know the name of James Mathis very well. In the late 1990s and early 2000s he was a major player in the world of LEGO Trains, and he was one of the first AFOLs recruited by LEGO to design official sets – he designed the much-coveted LEGO Santa Fe cars (LEGO sets 10022 and 10025) which came out in 2002. But recently he has become the king of one-stud-wide trains!

In the past few years he hasn’t done a lot of public LEGO activity, so if you’re newer to the hobby you might not know his name. In 2012 he posted on Eurobricks a 1-wide version of the Santa Fe trains in celebration of the 10th anniversary of the Santa Fe cars he designed.

But his latest 1-wide train creation is truly original – he used a bunch of 5mm diameter (the size of a LEGO stud) rare-earth magnets to produce trains and tracks so that you can actually slide the trains along the tracks! The tracks can be shifted around, and the trains can be pushed along the tracks. The only thing missing is self-propelled trains.

Here are some videos he posted on Flickr about these latest trains. The train designs are amazingly detailed for their size, and the motion options afforded by these little magnets is amazing. 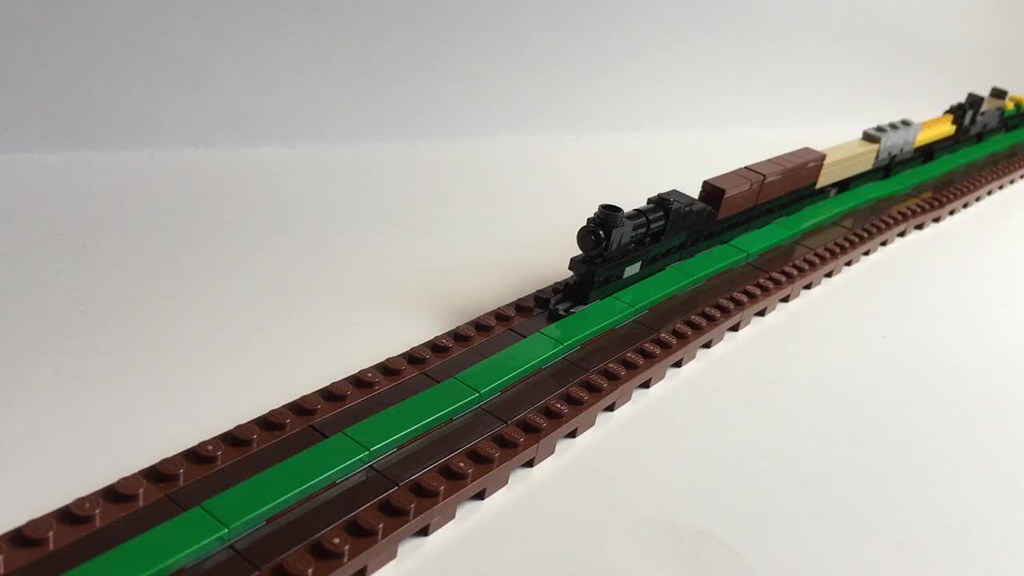 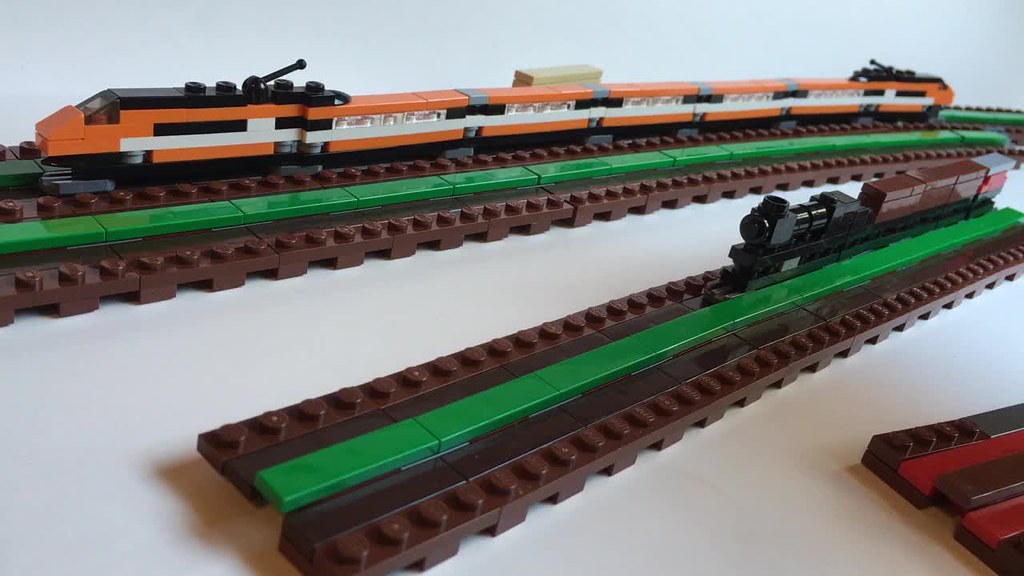 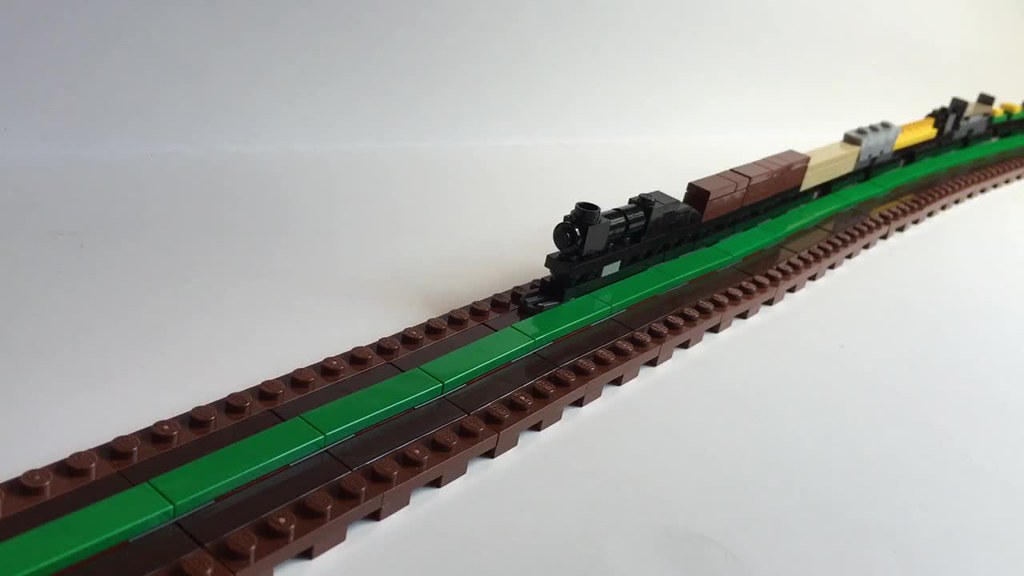 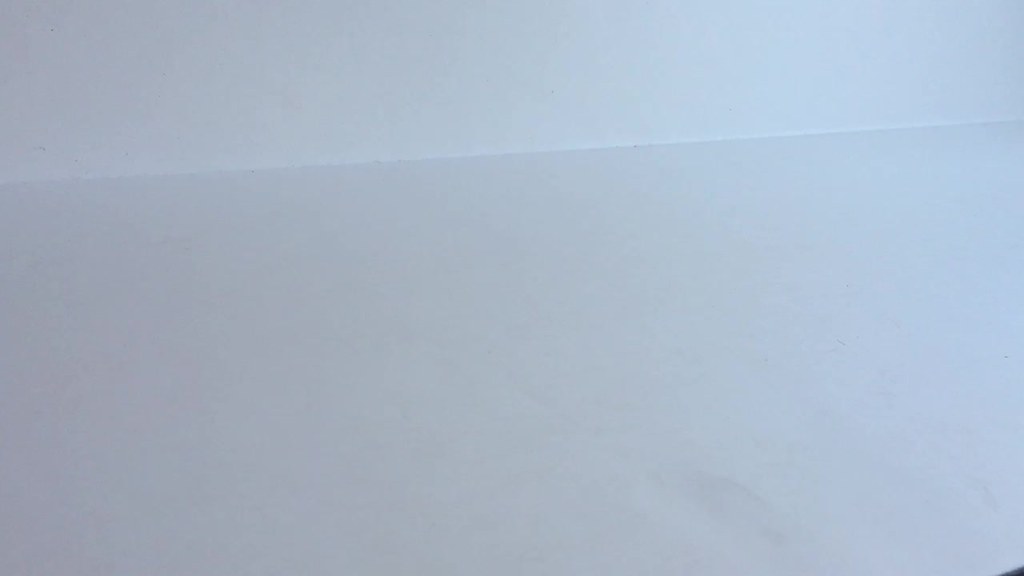 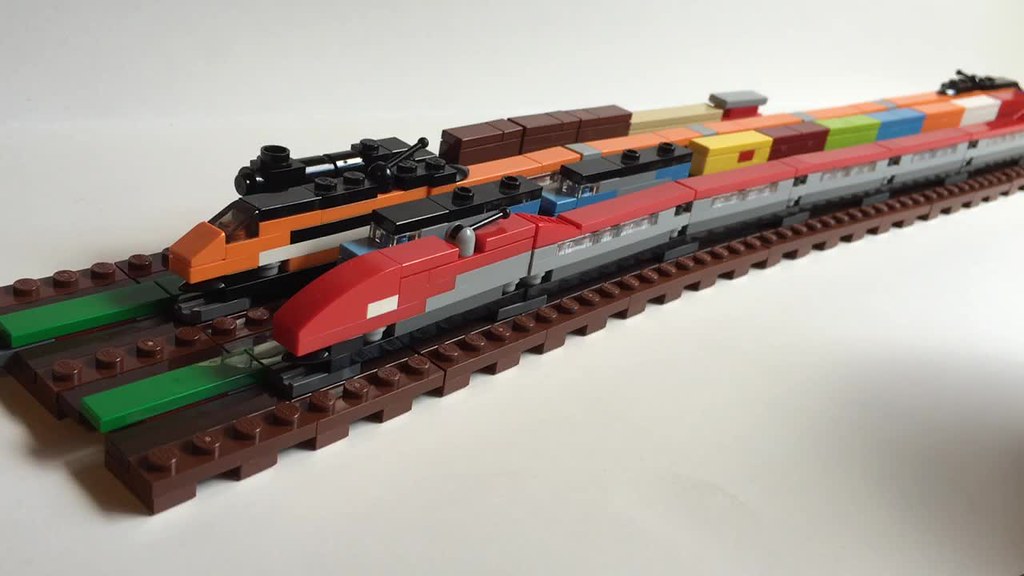 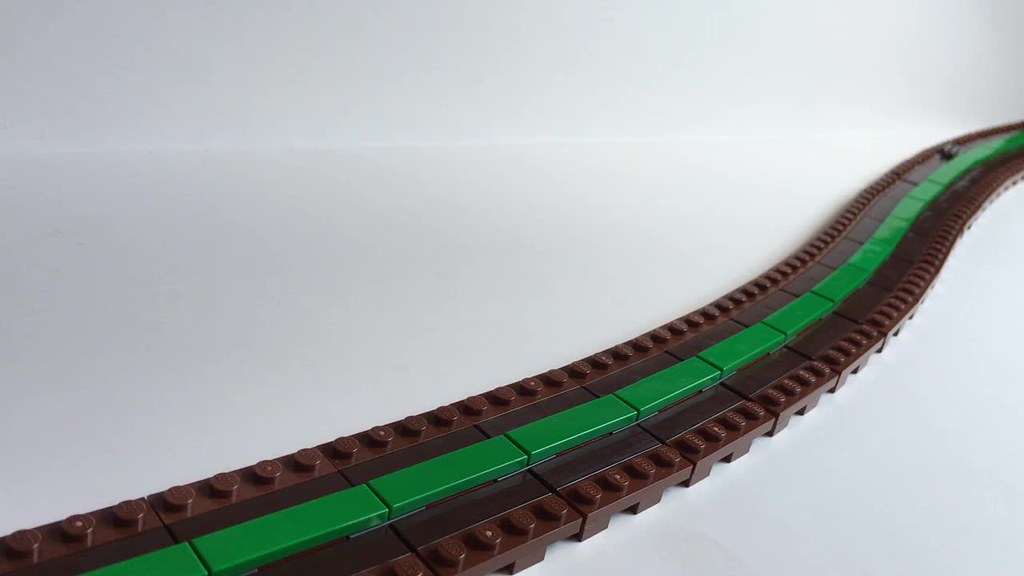 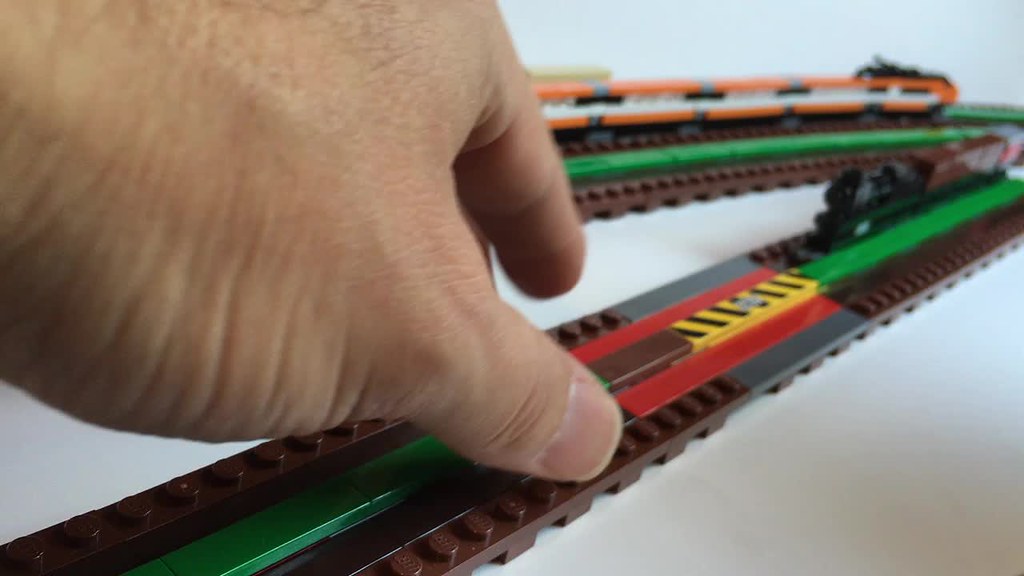