Day 19 of the LEGO City Advent Calendar is another cop. 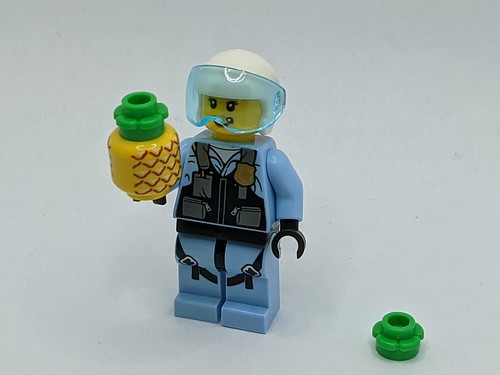 This time it’s Rooky Partnur, I think. What a name. Anyway, I don’t like cops so I don’t have much nice to say about it, and I especially don’t like that she’s wearing a flak vest and helmet. I would just point out that LEGO’s produced a new face shield for the helmet, but I think the nose notch means it wouldn’t be useful for space helmets. The only nice thing I can say is I’m glad they have a female character, though apparently she’s only a sidekick.

I like the pineapple though I have no idea why she has one.

Here’s a back view of the torso. The head doesn’t have printing on the back, so I didn’t remove the helmet. 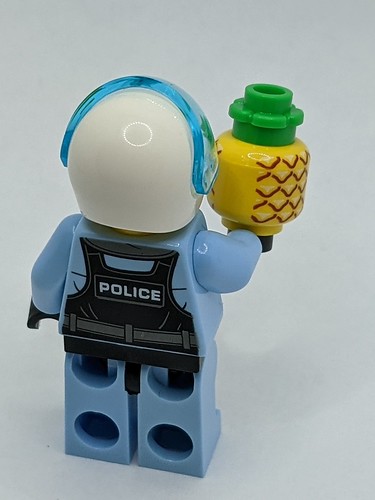