I can’t believe it’s already December! As I do every year, I’ve purchased all of the available LEGO Advent Calendar sets and for each day I will be posting photos of that day’s models and discussing them.

However, you might have noticed it’s already Monday the 2nd of December, and I’m just now posting Day 1. I was out of town for the weekend and was not able to do the first day’s post until this evening, so I’ll be doing two days’ worth tonight and backdating this one to the 1st. I could have done it before Thanksgiving, but that felt dishonest to me. What do you think, should I just go ahead and build the models early and not worry about it?

This year we have four Advent calendars: City, Friends, Harry Potter, and Star Wars. Check in each day as I open all four calendars and show what’s included.

Our first model comes from the City calendar, and it’s a small snowplow. It has four studs where a minifigure could sit, and Technic gears for tires (which I haven’t seen before, but for something like this it makes a lot of sense). 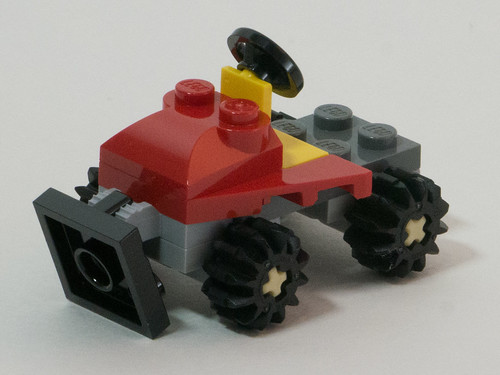 Like last year’s Day 1, the Friends calendar gives us a heart-shaped ornament, but this time it’s a better design, using the heart-shaped plate from The LEGO Movie 2. The hook is still off-center, but it should hang close enough to straight. 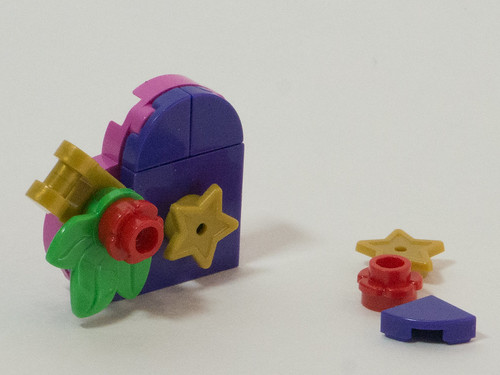 New this year for the first time is a Harry Potter Advent Calendar. And what better way to start that off with Harry himself, holding one of the new style of wands. He’s in a new print torso with “H” on the front of the sweater. 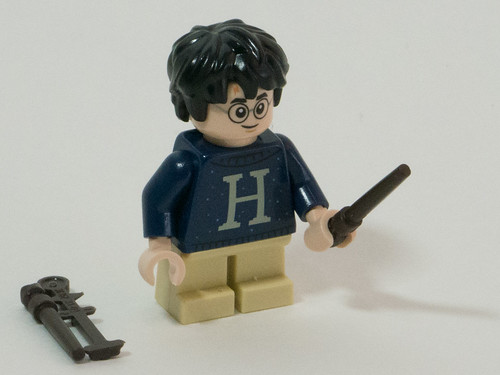 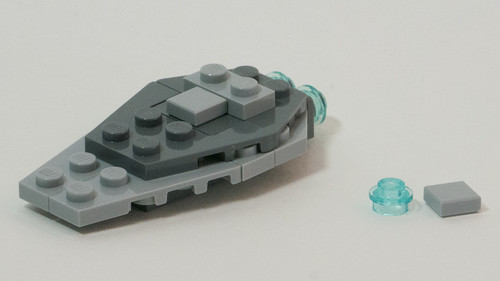