Today’s Advent calendars yield a sled, a snowman, and a merciless killing machine. 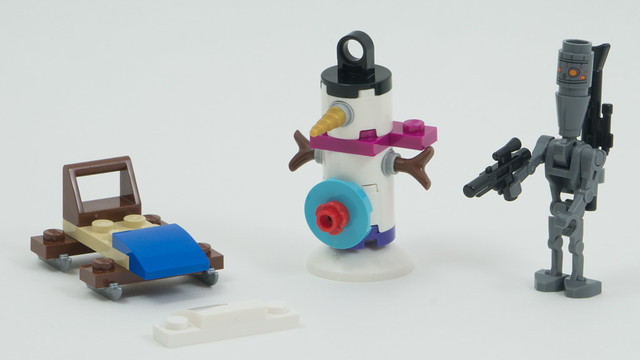 The City model is a simple sled with a very small hill you can jump off. I was going to put the minifig on it, but after the go-kart experience yesterday I didn’t want to give anyone ideas. I broke my arm when I was a teenager doing a jump in a toboggan, so it’s personal. No standing up in sleds! Or better yet, no jumping! Or maybe just no sledding. It isn’t safe! Just one spare part, in case a runner falls off. 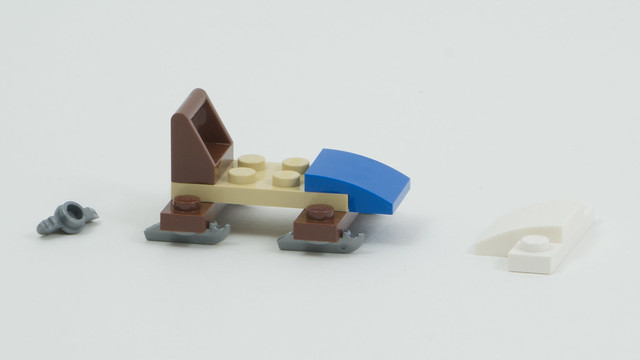 The snowman in the Friends model is pretty poor as snowpersons go. Then again, it’s kind of hard to make spherical shapes in LEGO at this scale. I like the hat which also has a hole you can use to hang it from a Christmas tree though. Comes with four spare parts. 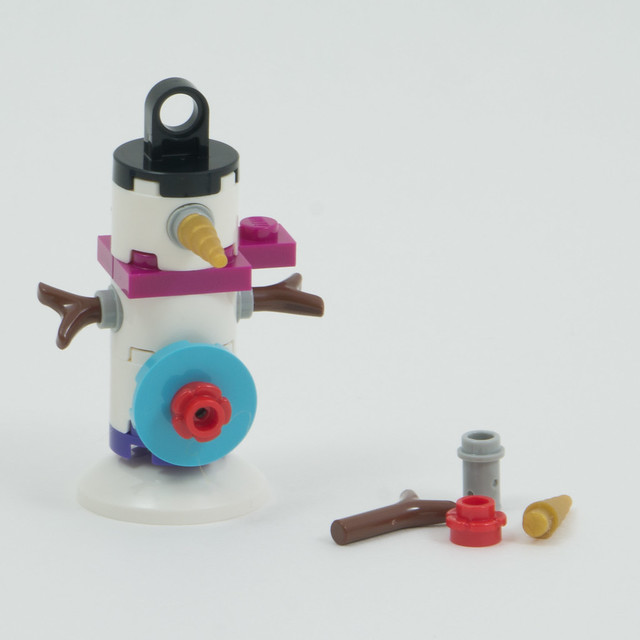 You’d be forgiven if you thought today’s Star Wars model was the lovable Empire security droid turned Rebel Alliance fighter, K-2SO from Rogue One. At least that’s what I thought it was at first. But actually it’s a much more obscure and sinister droid, IG-88 from The Empire Strikes Back, a bounty hunter droid that was tasked with tracking down Han Solo, competing with Boba Fett for the prize. Again, thanks to Jay’s Brick Blog for help identifying him. Includes spare parts for the neck and both kinds of arms. 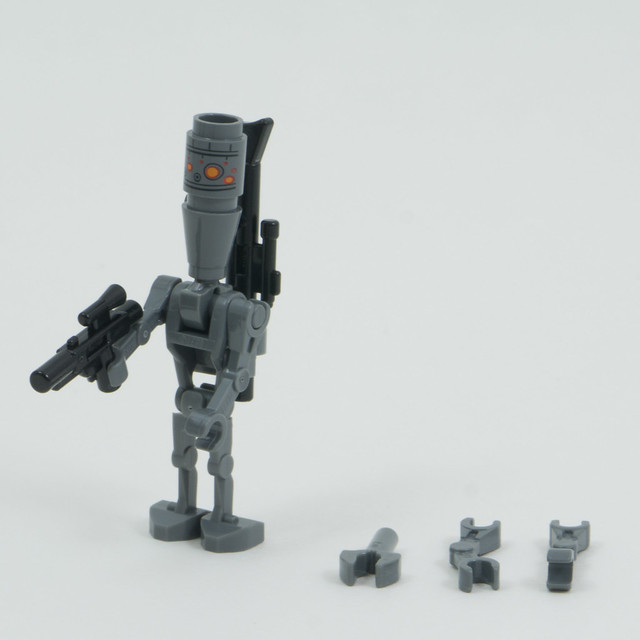