Today’s models are a very clever airplane (City), a snowboard and slope to ride on (Friends), and a micro scale First Order Transporter ship (Star Wars). From theÂ Christmas Build-UpÂ we build a ladybug, and I designed a snowman out of the leftover parts. 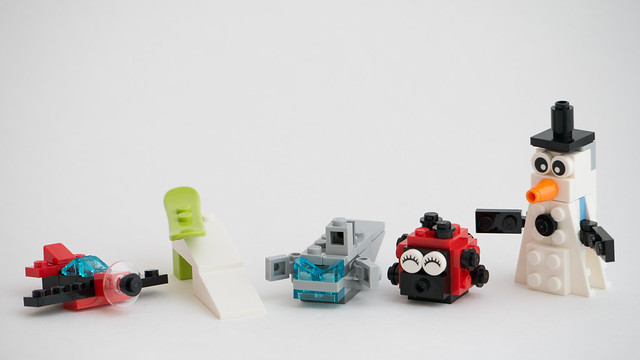 City’s model is a propeller plane, which resembles a WWII fighter in shape, but not in color. It’s a smart design, with the fuselage consisting mainly of headlight bricks. 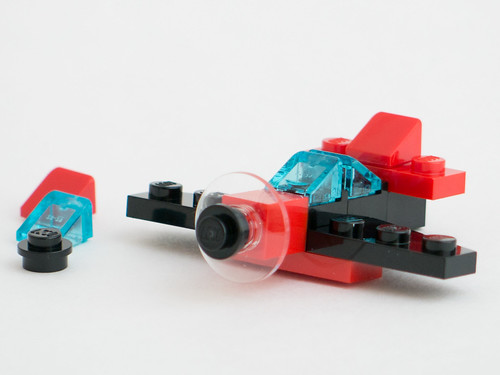 Here’s a side/rear view so you can get a better idea how it’s made. 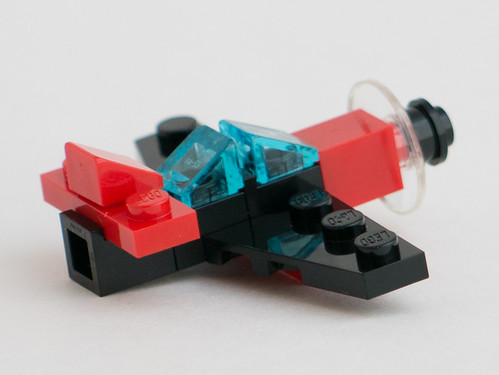 The Friends model is quite simple – two slopes, a 1×2 brick, and a snowboard. Yawn. 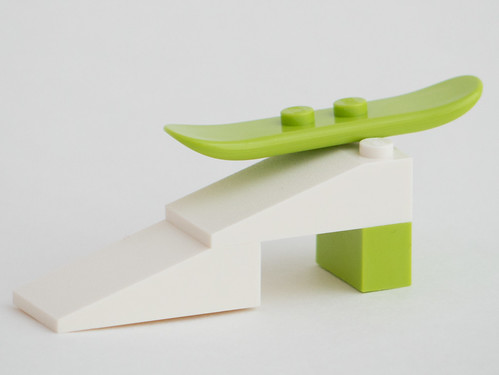 On the box, it shows the pug dog using the snowboard on this model, so I’ve posed that here, along with the bunny from Day 3. 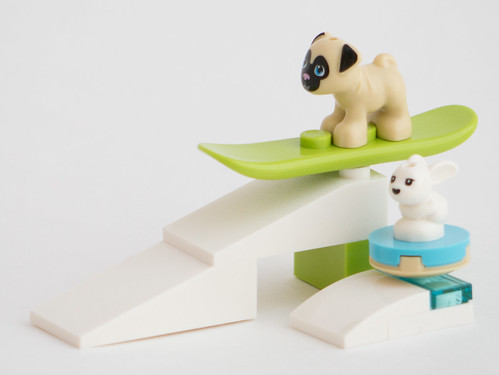 The pug was much more successful. 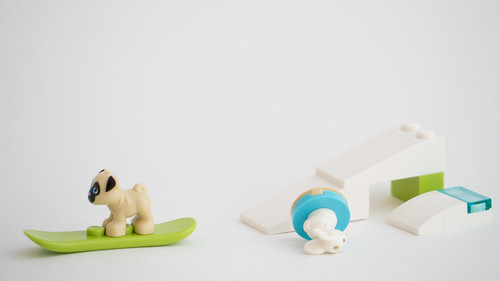 Bunny wants to give it a go on the bigger slope! 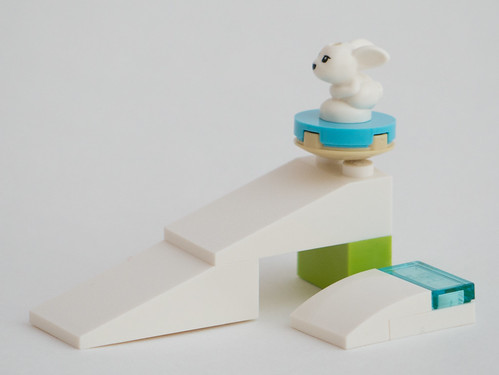 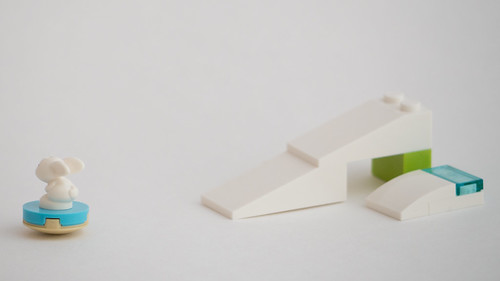 The Star Wars model is a pretty good build. Jay says it’s a First Order Transporter or Atmospheric Assault Lander which featured in The Force Awakens. I saw that movie when it came out, but don’t remember this ship. 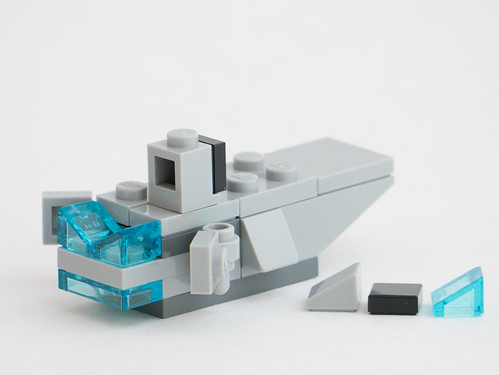 For Christmas Build-Up we get to make an adorable ladybug ladybird beetle. 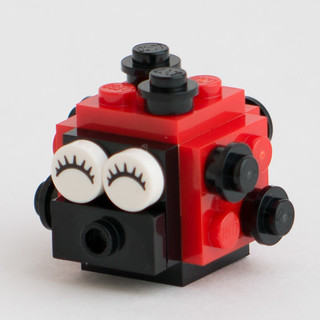 With the leftovers I made a snowman. 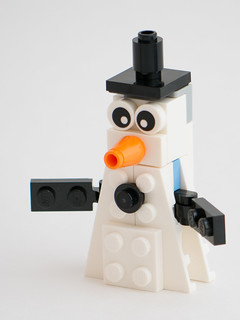 So far I’ve been batting 1.000 at making the instructions in a timely manner for these MOCs – see yesterday’s post for instructions on how to make the tropical fish.

[Added Dec 7th] Here’s the instructions for the snowman: 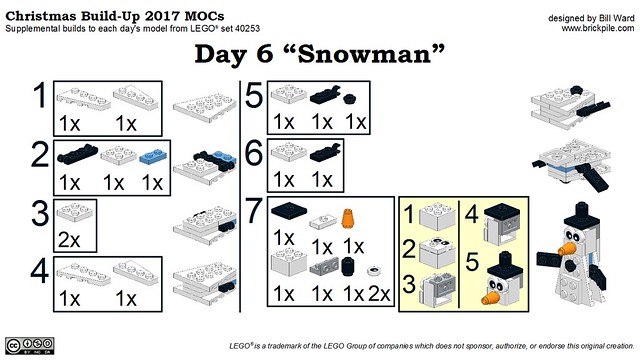