Today is Day 22 and we get a dog and its feed trough (City), a table (City), an Imperial Shuttle (Star Wars), and a snowman (Build-Up). With the leftover parts I built a green lizard. 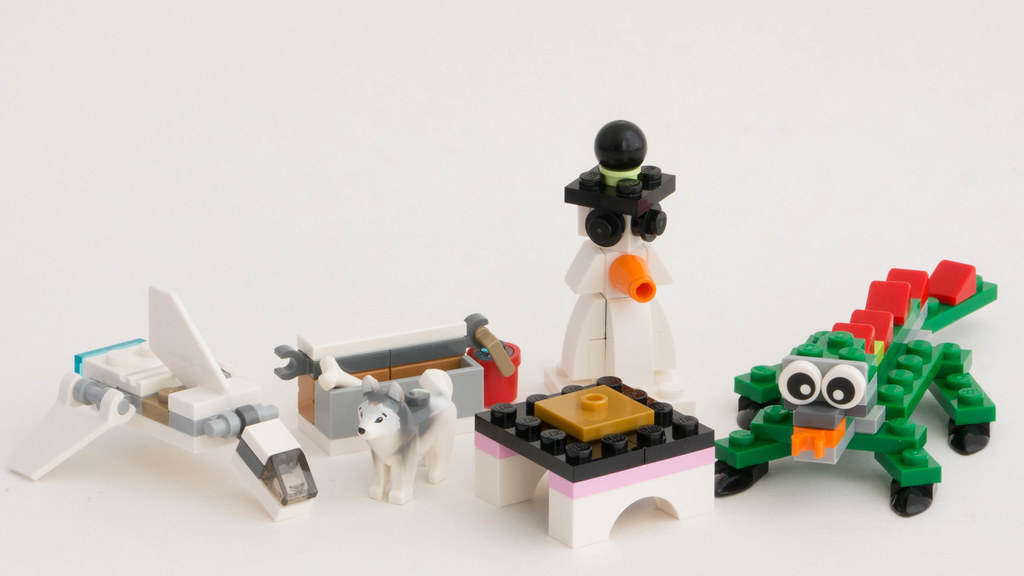 One of the nicest LEGO dogs they’ve made, this looks like an Alaskan Malamute. 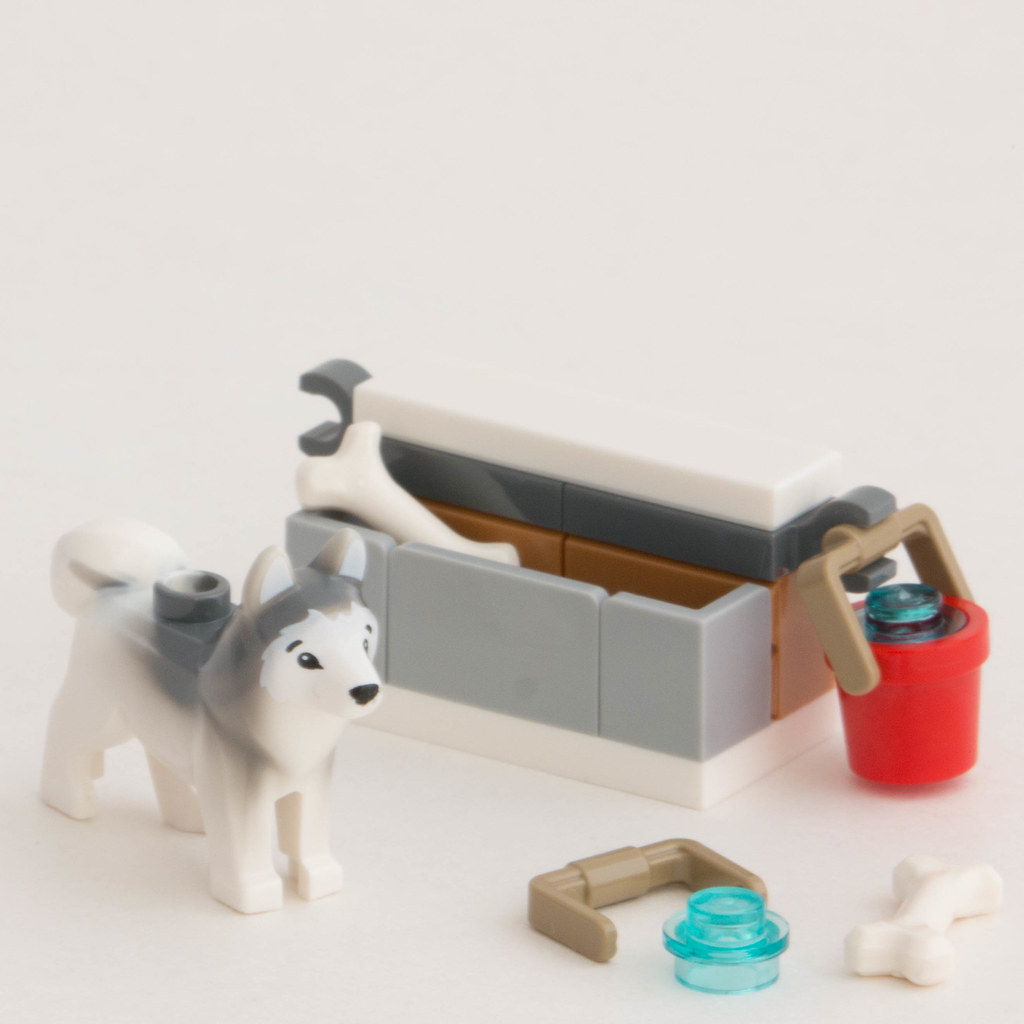 This table is pretty basic and unexciting, hopefully something nice will go on it tomorrow. 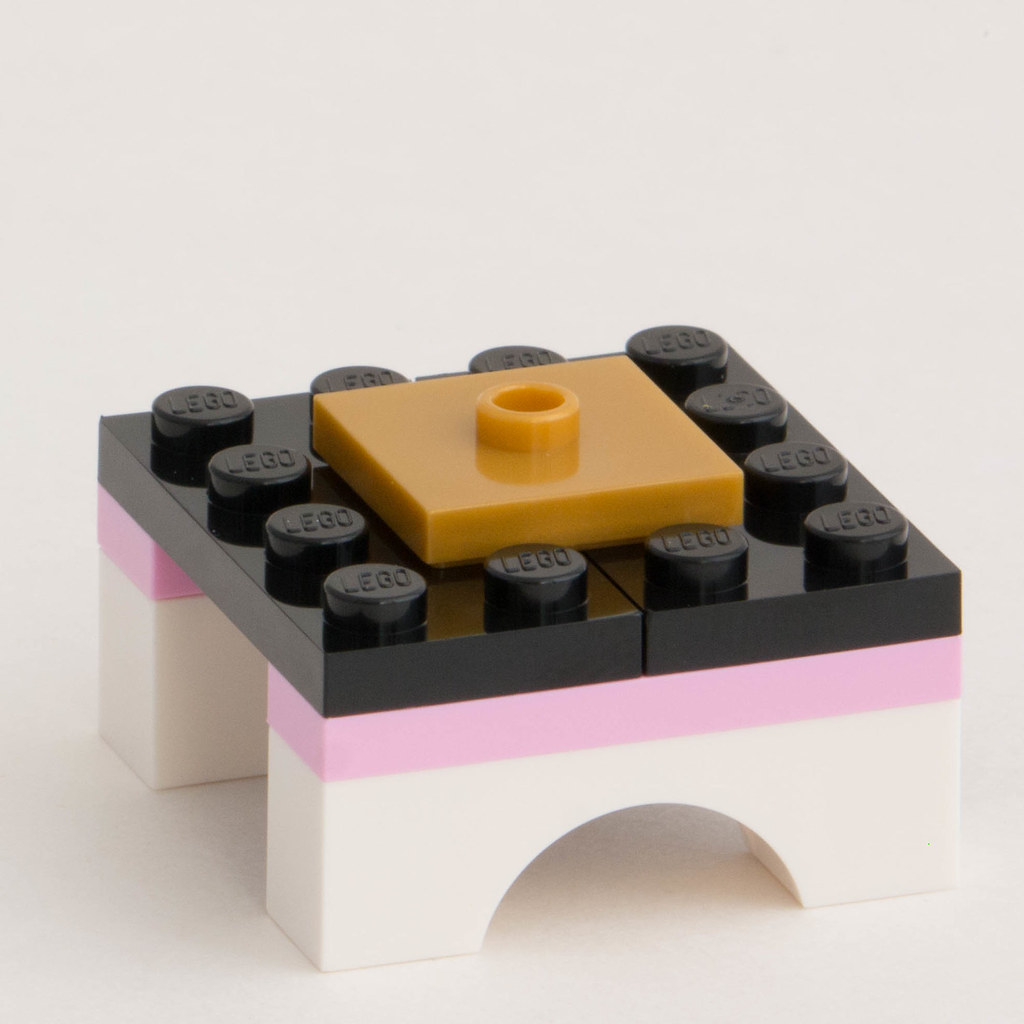 This is a pretty nice micro model of an Imperial Shuttle from Star Wars. 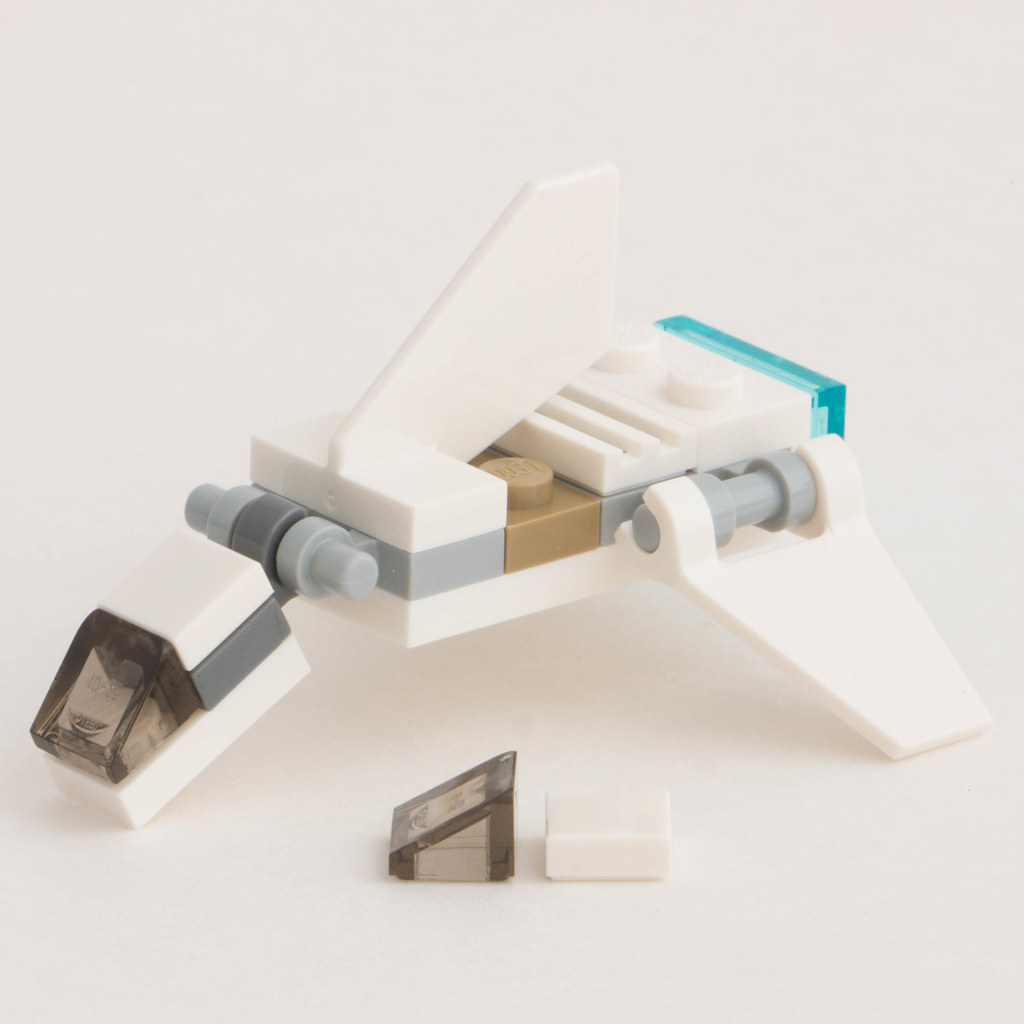 Here are the three Advent models. 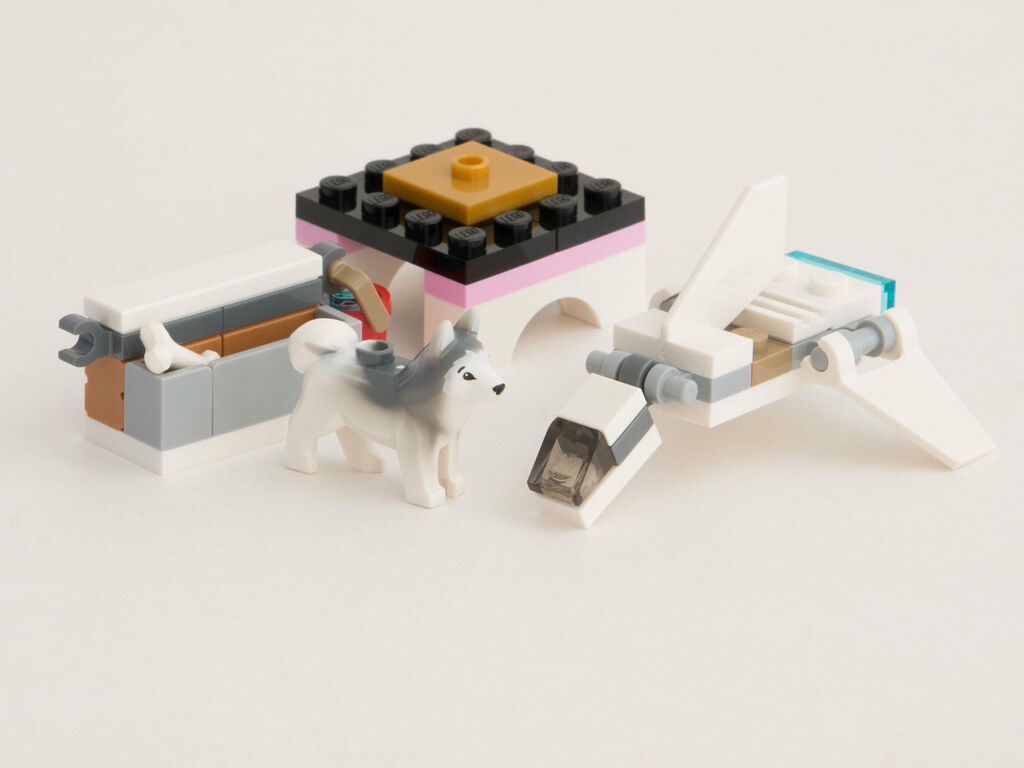 The Christmas Build-Up model today is a rather odd looking (IMHO) snowman.

[EDIT 12/23] I realized today that I had accidentally started building models off by one day, starting at Day 14. I accidentally built model #15 on the 14th, and continued off by one until today when I discovered myself building the final model! This should have been the Day 23 model, but I built it a day early. To make up for it, I’m building the Day 14 model on the 23rd and posting a correction on each of the days from 14-23. Sorry about the mistake! 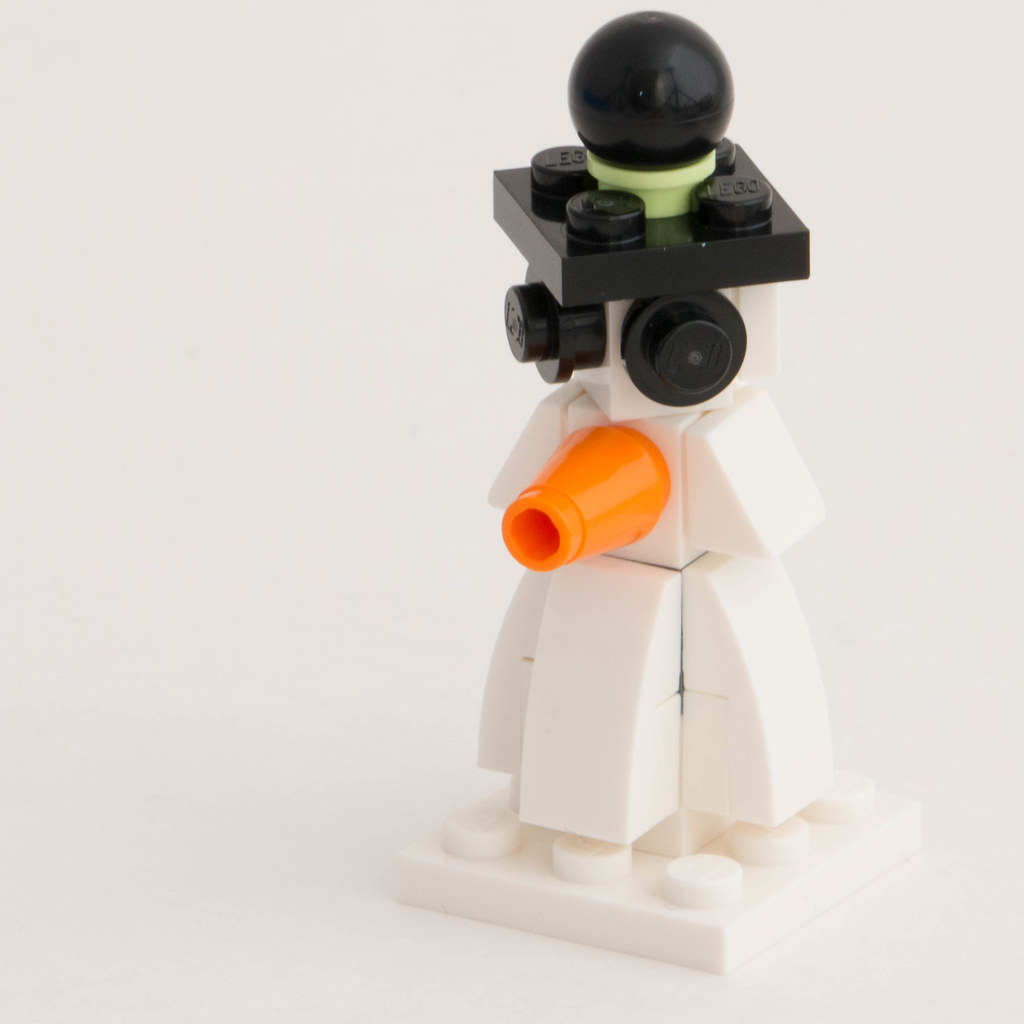 I used leftover parts from the snowman to build this green lizard with red spikes along its spine. 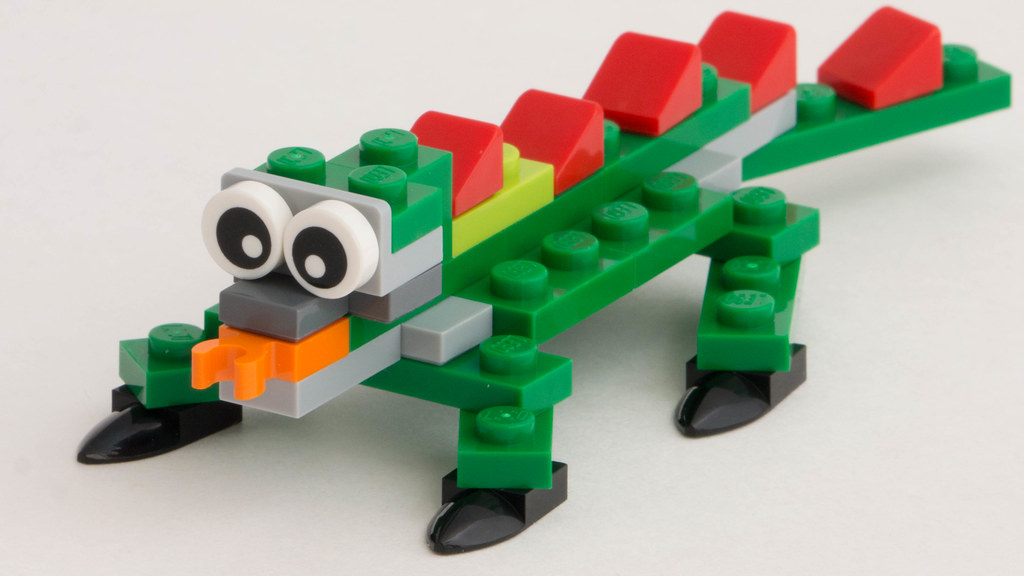 Here’s a side/rear view of the lizard. 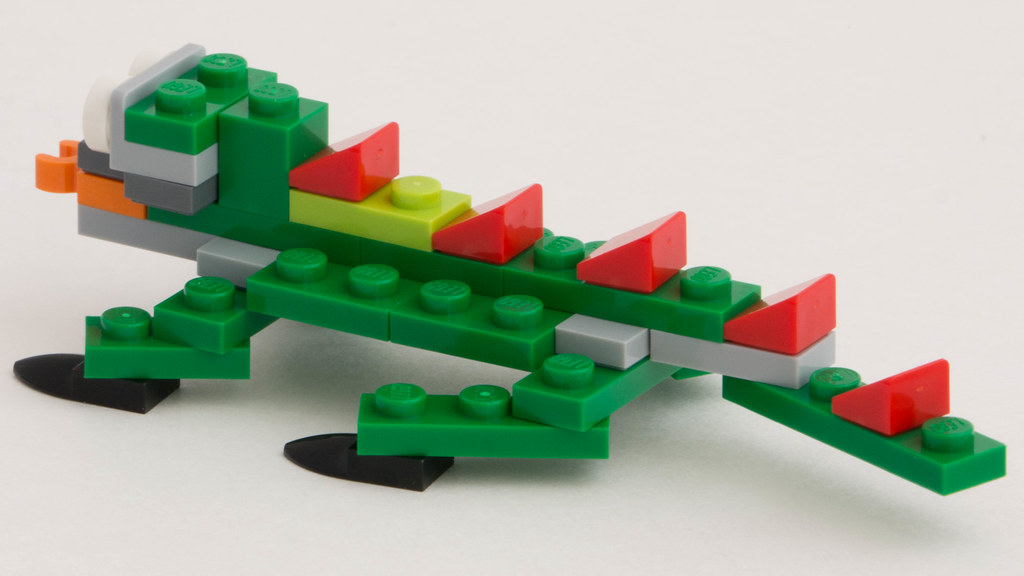