This past weekend I attended the annual BayLUG anniversary meeting in San Leandro, CA. It is the club’s 21st year, but we had a big celebration last year for the 20th and this year it was more like a regular meeting. We had a Halloween themed contest and lots of people brought models to show. My photos from the meeting can be seen here or on Flickr (click any photo to go to the album).

The contest had four different categories – adults plus three age ranges for kids. Here are the things people brought…

These were the contest entries in the kids’ age groups. We have some very creative kids in the club! I didn’t manage to note who the winners were, sorry. 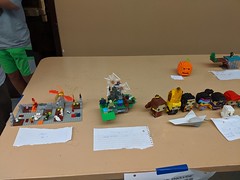 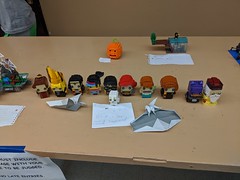 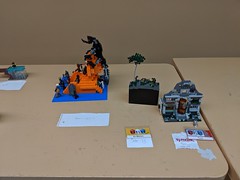 The adult builders were very impressive as well. We had a Pumpkin Pi, a model inspired by the builder’s kid’s artwork, a spooky dog park, a can of Monster soda, and “Reunion at the Asylum.” The winner in this category was the Monster energy drink. 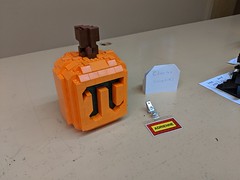 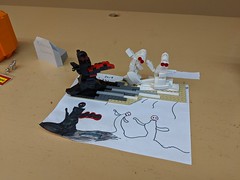 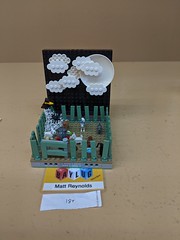 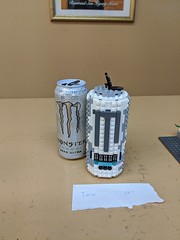 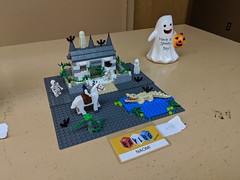 In addition to the contest several people brought their latest models to display.

This model was a childhood MOC that somehow survived for decades … the builder is now an adult but he built this when he was a kid. 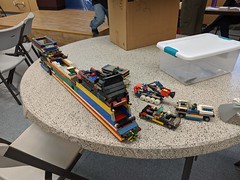 I brought my Micropolis two house module that I had recently built, and displayed it next to a module that another member had brought. 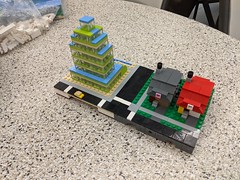 This LEGO board game was designed by Erik Wilson as a Bricks by the Bay Event Kit a few years ago, and he’s expanded it since then. The idea is that you roll dice to determine what items you need to pick up and where to deliver them to, and then try to do that before your opponents do. 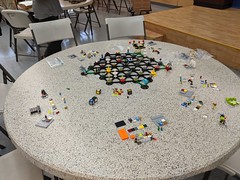 Here are a few assorted other models that were on display. 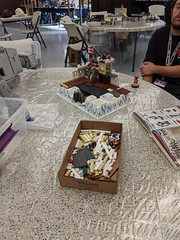 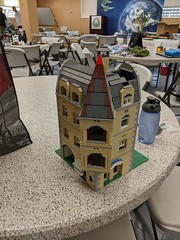 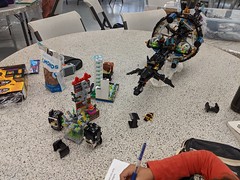 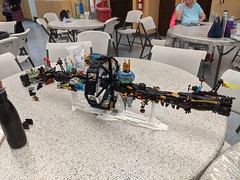 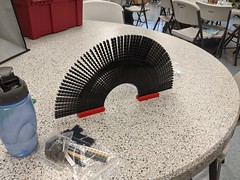 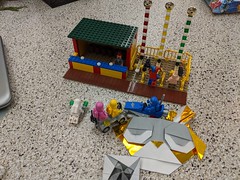 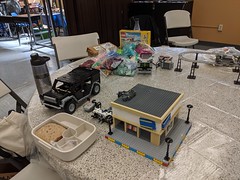 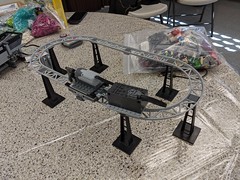 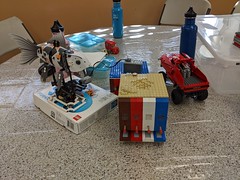 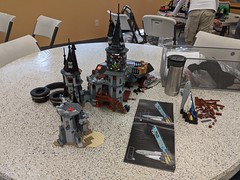 One of our members was in the middle of assembling a giant AT-AT (from Star Wars) that he had purchased the instructions for. It’s very detailed and impressive. 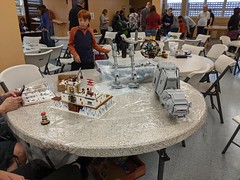 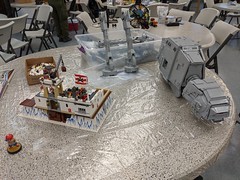 This was one of my favorites – it’s a Great Ball Contraption featuring some adorable BrickHeadz. The little tugboat moves around the platform pushing balls into the output chute. 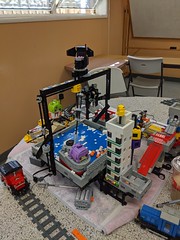 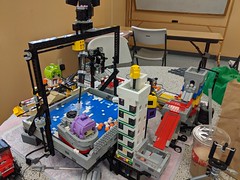 Most of our meetings are open to the public – check the club’s website for upcoming ones, and be sure to join the baylug-announce mailing list. Our next event will be the East Bay Mini Maker Faire in Oakland on October 27. See you there!

One thought on “October 2019 BayLUG Meeting”