Our local LEGO club, BayLUG (Bay Area LEGO Users Group), had a meeting on September 16th. I recently started going to meetings again after taking some time off from the club, and it’s good to be back. Sorry for the lag in posting about it though. The meeting was held at a church in San Leandro. 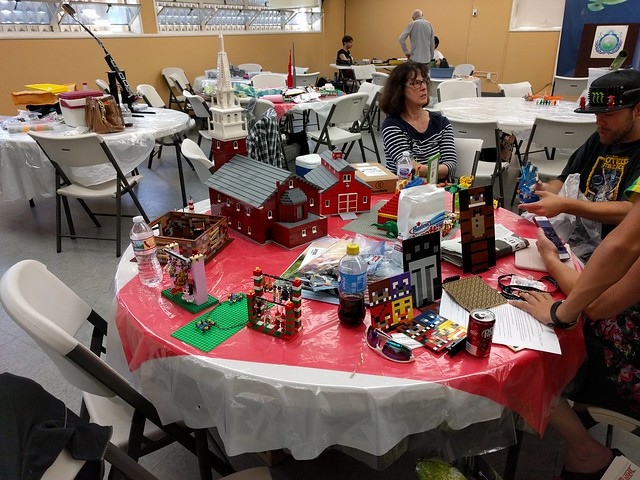 END_OF_DOCUMENT_TOKEN_TO_BE_REPLACED

Earlier this month, BayLUG (Bay Area LEGO Users’ Group) participated once again in the annual Maker Faire Bay Area, in San Mateo, CA. This is the 10th annual Maker Faire and the 10th that we particpated in (though I personally was out of town for last year’s show). We had a 75′ by 15′ space featuring a train layout, Great Ball Contraption, robotics demonstrations, sculptures and mosaics, WWII ships, and a kids’ play area. END_OF_DOCUMENT_TOKEN_TO_BE_REPLACED

We had a BayLUG meeting on April 19th, and I took a bunch of photos. The meeting was held at the Museum of American Heritage in Palo Alto and was open to the public for the last half of the meeting.

END_OF_DOCUMENT_TOKEN_TO_BE_REPLACED

Last month the Bay Area LEGO Users Group (BayLUG) had its annual Anniversary meeting on October 11th at the Museum of American Heritage in Palo Alto. We had a presentation by Russell Clark and myself on using the wiki pages to plan member participation in club events, a Halloween-themed contest, bulk LEGO for sale, and members brought a variety of their creations to display. Check out all the photos I took on Flickr (slideshow). 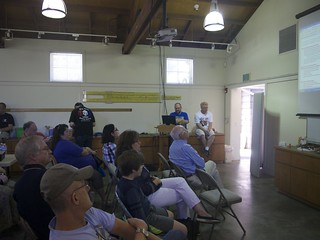 Every year the Bay Area LEGO Users Group (BayLUG) sets up an exhibit at the Museum of American History (MoAH) in Palo Alto, CA over the holidays called “Living LEGO-cy.” This year was our 9th annual show. Here are some pics I took on the last day of the show just before teardown. Click the image to view the rest of the photos, or view a slideshow. My local LEGO train club, the Bay Area LEGO Train Club (part of the Bay Area LEGO Users Group) took part in the Great Train Expo model train show this past weekend in San JosÃ©, CA. We set up a LEGO layout with two loops of trains (one freight and one passenger), a downtown area, suburban houses, a campground, train yard, and more.

A number of my things were on display, including Kermit, the Robert Indiana LOVE and LEGO sculptures, my City Park, a city block featuring the Blackburn Hotel and other buildings I’ve made, the Caltrain locomotive and cars, some freight cars, houses, cars and trucks, and RV’s. (Seeing this list, I realize I need to post some of these models – even though they’ve been around for years, they’ve not all been properly blogged…)

You can see photos of the layout on my Flickr set for this event. Click the image below or view it as a slideshow. 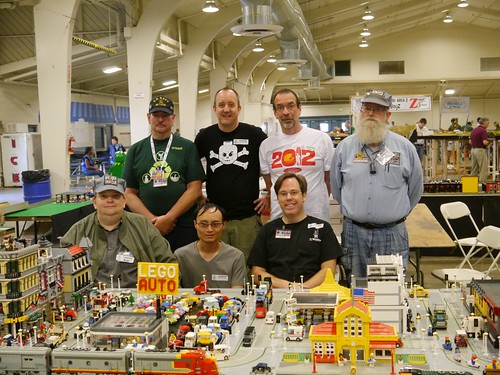 Last Saturday was the February 2012 meeting of BayLUG (Bay Area LEGO Users Group) at the Museum of American Heritage in Palo Alto.

I wasn’t able to stay for the whole meeting, but I did bring a couple of things I’d been working on – a gas station and the head of Kermit the Frog. I entered the latter in our contest, whose theme was “Movies,” and won the adult category! There were lots of members with minifigs, parts, and sets for sale, and a few people bringing their latest projects. For the kids, there was an activity where they could build things to make up a town layout. And of course our vendor Angel was there with his bulk LEGO which was as popular as always.