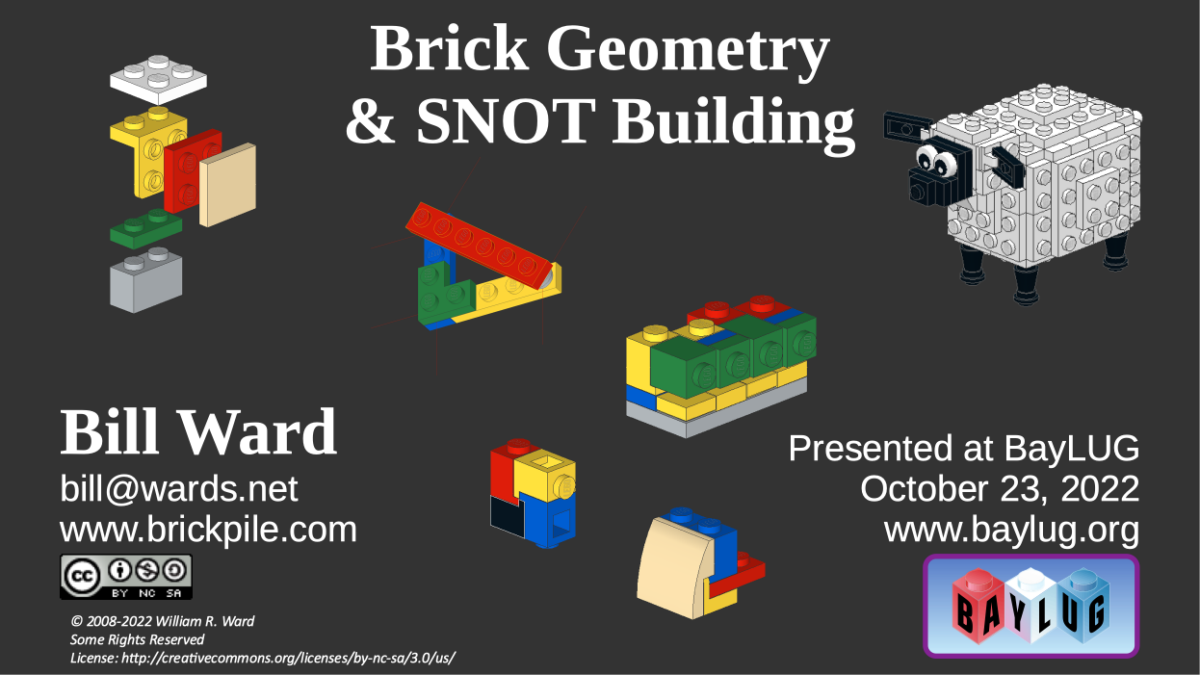 Since 2008 I’ve been giving a presentation at various LEGO conventions, mainly BrickCon in Seattle, Washington, and Bricks by the Bay in Santa Clara, California, called “Brick Geometry” covering a variety of LEGO building techniques. A new recording of the latest version of this presentation is now available on YouTube. 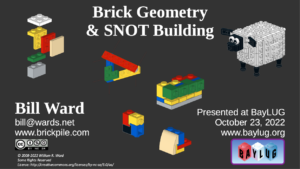